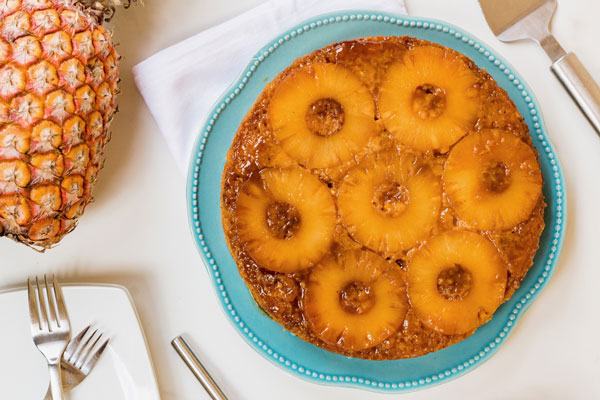 I am going to start off by saying how tasty this upside down cake is! This recipe as most of my baking recipes, took several tries and substitutions to get it to the way I like it. I had a pretty standard recipe that I had made of a pineapple upside down cake stored from long ago (a screen shot recipe). I wasn’t super excited about it. The cake part had a great flavour but I wasn’t happy with the texture so I researched and tested and came up with the one below. 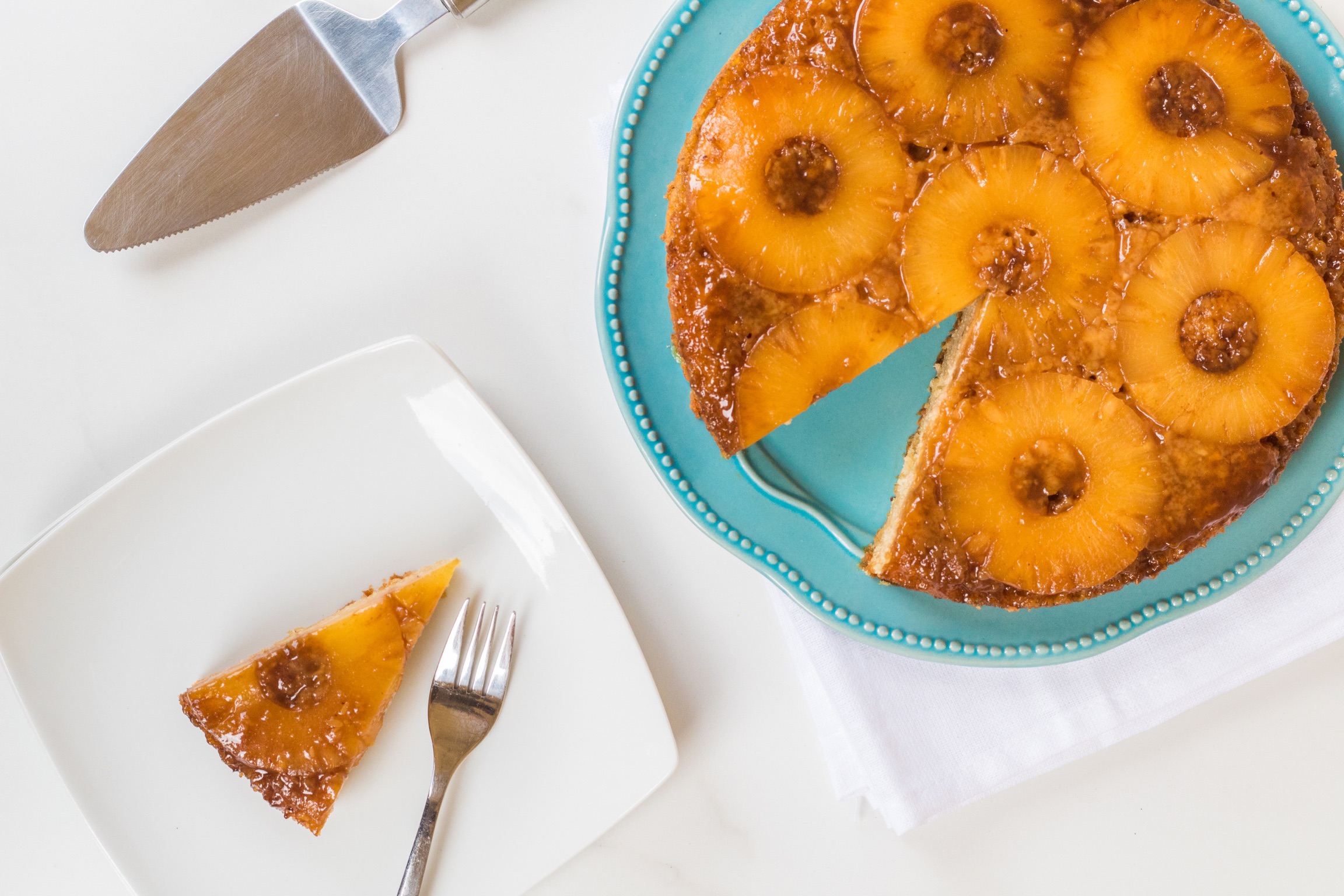 I changed the butter to oil and that took a few tries, cause switching fats in a cake recipe matters, it’s not a straight swap. I also switched to using the grated fresh coconut over the nuts because I found the coconut added more moistness to the cake. The fresh coconut doesn’t add too much cooconut’ty flavour in case you were worried. I wasn’t worried even if it did, it would lend itself well to the pineapples but you are more then welcome to use the ground nuts. 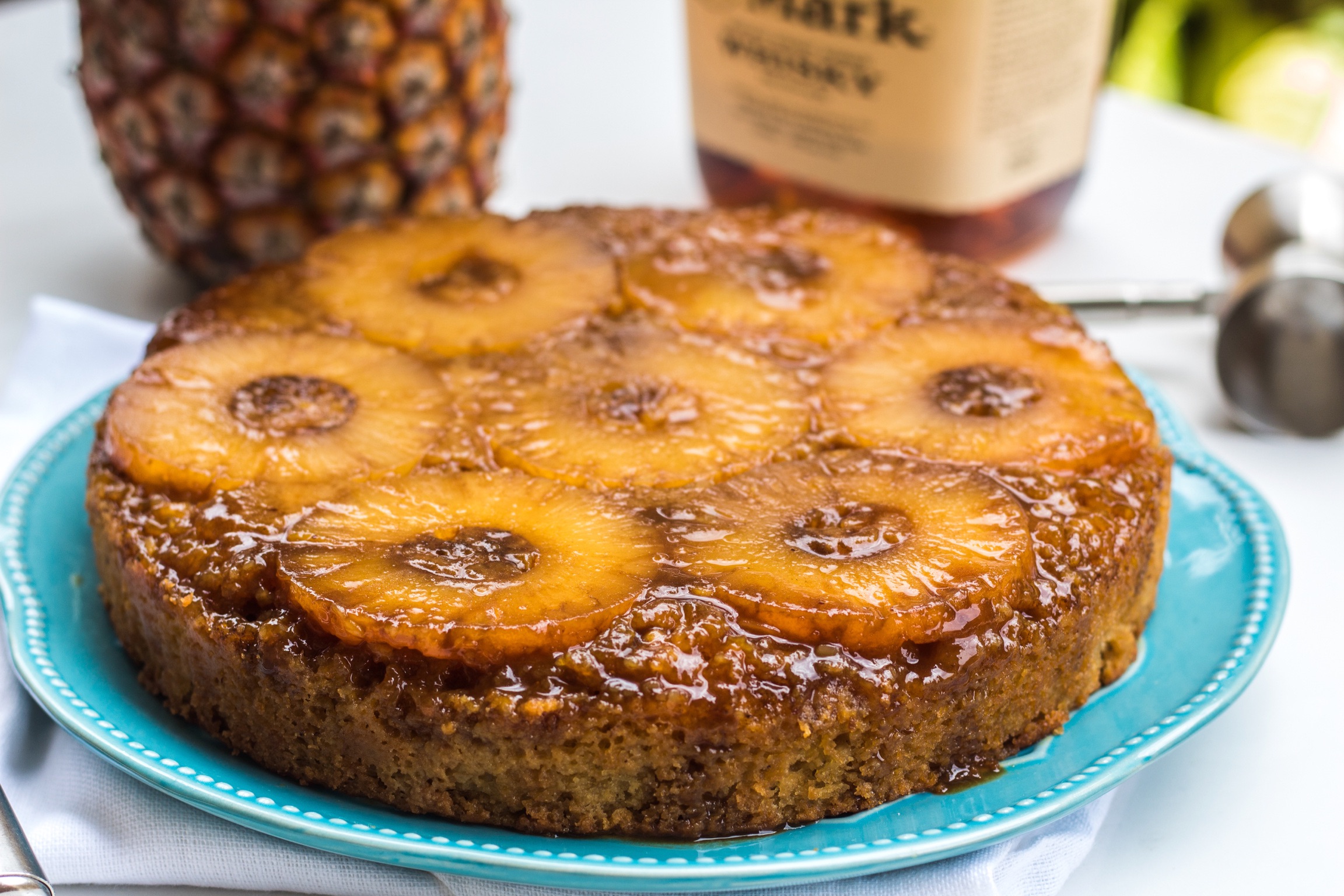 Ok I started off on a positive note but now I’m going to go down a bit of a negative path. One that’s directed to something that will probably create some food enemies. That is the use of maraschino cherries in pineapple upside down cake! I don’t know who came up with that idea but I’m not a fan of them in anything let alone this cake. Yes they may add something decorative but if you only knew what goes into getting them to look the way they do, you wouldn’t touch them any more either.

It pairs perfectly with a scoop of coconut icecream

That isn’t my only gripe about them either, although it’s a big one. I just don’t like the taste of them. They are literally soaked moist sugar balls. If they still made them like they originally were made - just soaked in alcohol, that would be a different story. But these don’t even taste like cherries and when I see them in a drink/cocktail, cake or anything other than a kiddie drink like a Shirley temple, my brain just things cheap. It’s sound so snobby but it’s the truth. I totally get turned off of any kind of coloured, sugared, or preserved fruit of any kind. I don’t like the texture, flavour, preservative’y or chemically aftertaste they leave in your mouth, and other than adding an extra dose of sugar and some colour they really don’t add anything to a recipe. I honestly think that if you want cherries in something use the real deal or leave them out. Do your research on them and you will see why that is just plain good advice. 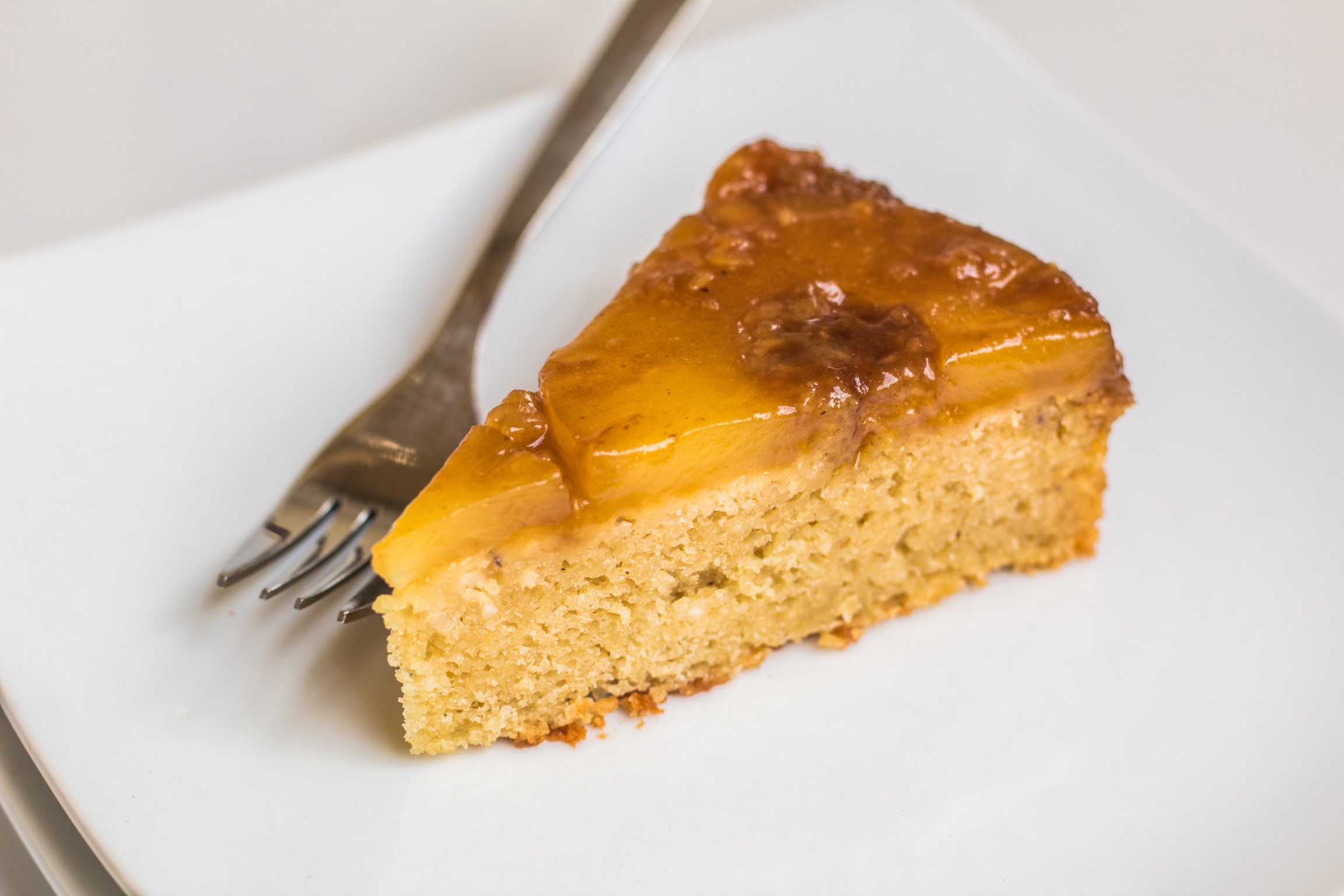 Okay that is my rant of the day and now that I got that over with, let me tell you about my new food obsession. I have recently come across pomegranate molasses in several recipes (yes I know I’m a noob and not a true foodie, so sorry if pomegranate molasses is super passé right now) and I have to say I am a little obsessed with it. It’s used in many middle eastern/Persian and Turkish cultural dishes. It adds sweetness and tartness to every recipe and I thought it would be a perfect addition to this recipe. I adapted the topping from a Bon Appetite upside down cake recipe using the molasses in it and it worked great with this cake. 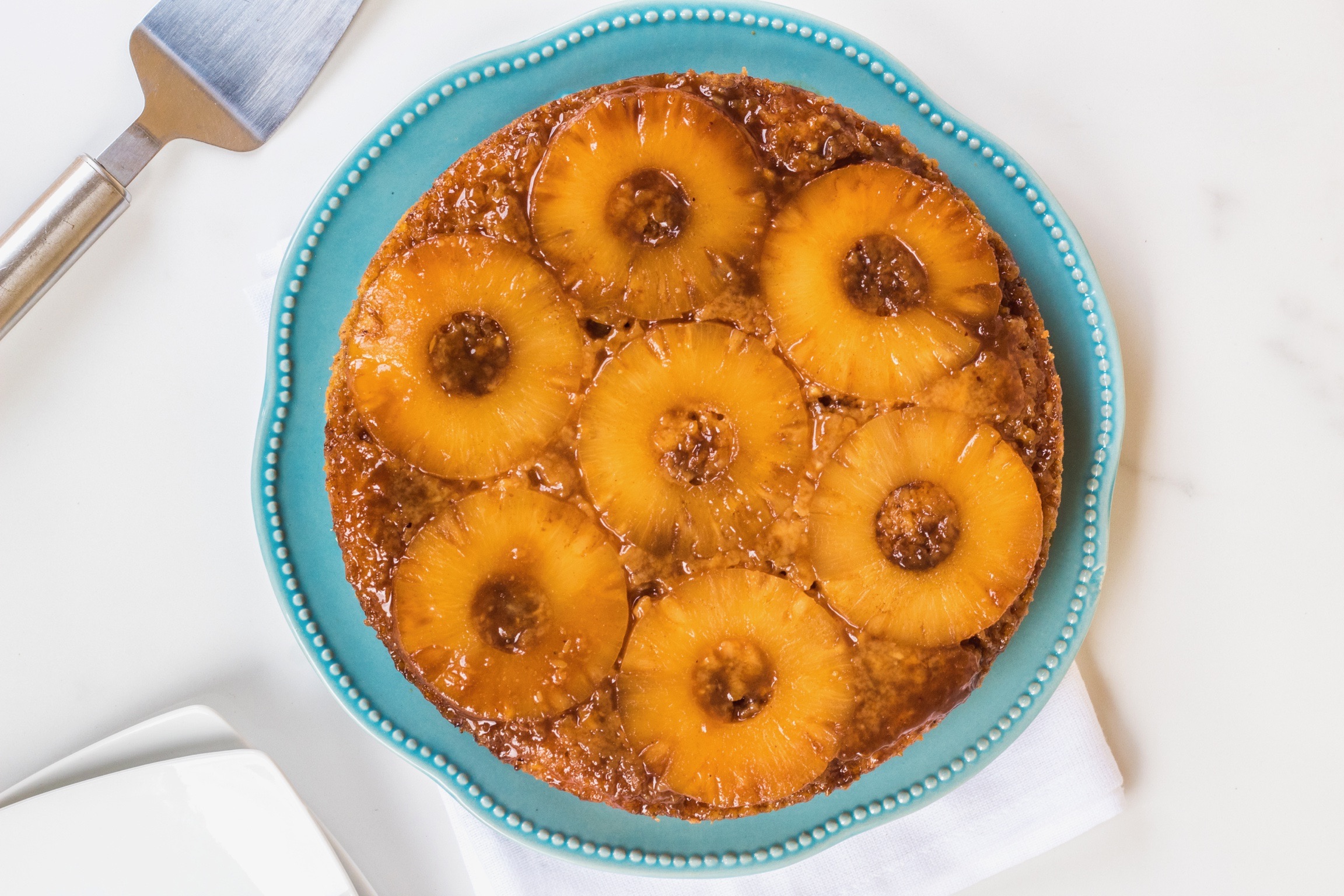 There’s not too many ways you can substitute this molasses. Some have suggested honey and reduced balsamic vinegar but nothing truly duplicates it. That being said, I’m sure you can still substitute it in this recipe (if you can’t find any) with a little extra butter and sugar in the topping. The good news about the molasses is that it’s not difficult to find. It’s not expensive and you can use it in many ways. It’s not just for baking, meaning you won’t be stuck with a bottle after you only used a couple tablespoons of it. We are actually doing a brand new book for the cookbook club I recently joined and I can’t wait to try some of the savoury recipes in it using the pomegranate molasses. I will be sharing it all with you guys, so stay tuned!

Hope you like this little recipe! We loved it! It’s a little more grown up tasting- it’s pineapple upside down cake’s older more mature brother. The subtlety of the bourbon and molasses give it something something - complexity? Cant quite put my finger on it- it’s just a good combo. Enjoy!! 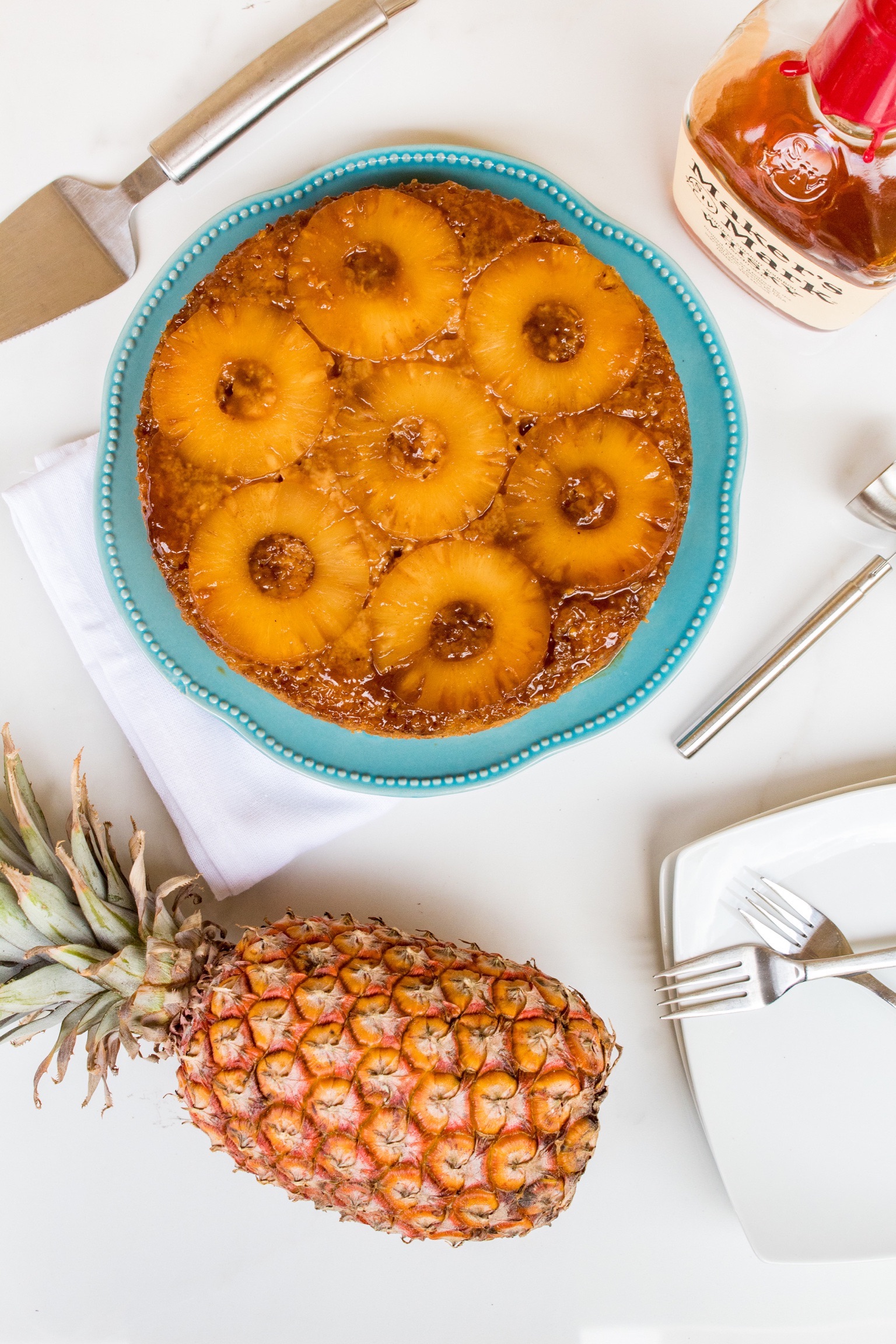 For the pineapple topping: 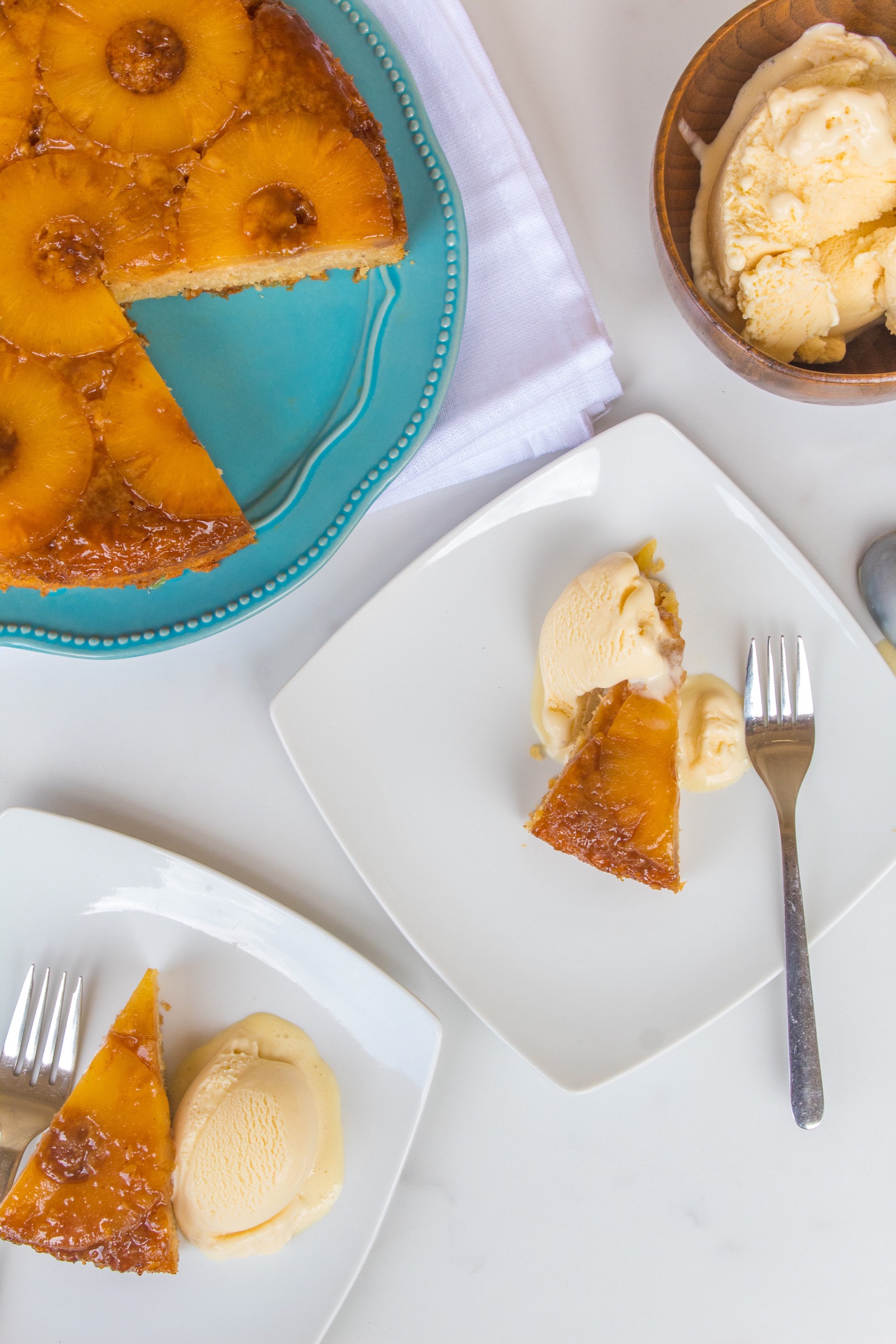