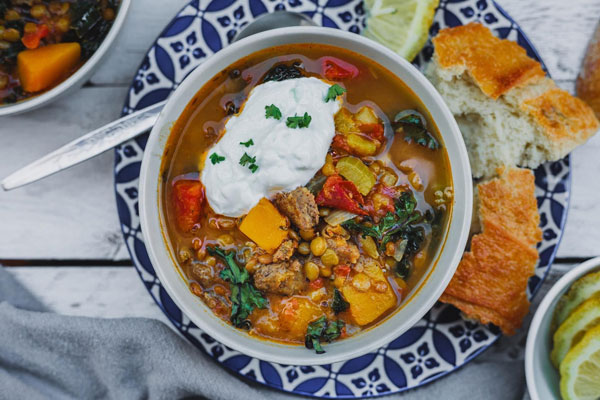 Not another lentil soup you may say (eyes rolling). But this is no ordinary lentil soup. The warm spices in it give it so much flavour and sass and all the veggies make it hearty, filling and give it lots of colour and texture. No doubt you already realise I have a love of lentils and all grains and legumes in general. It’s always great when you can switch things up with them by just adding more spice. 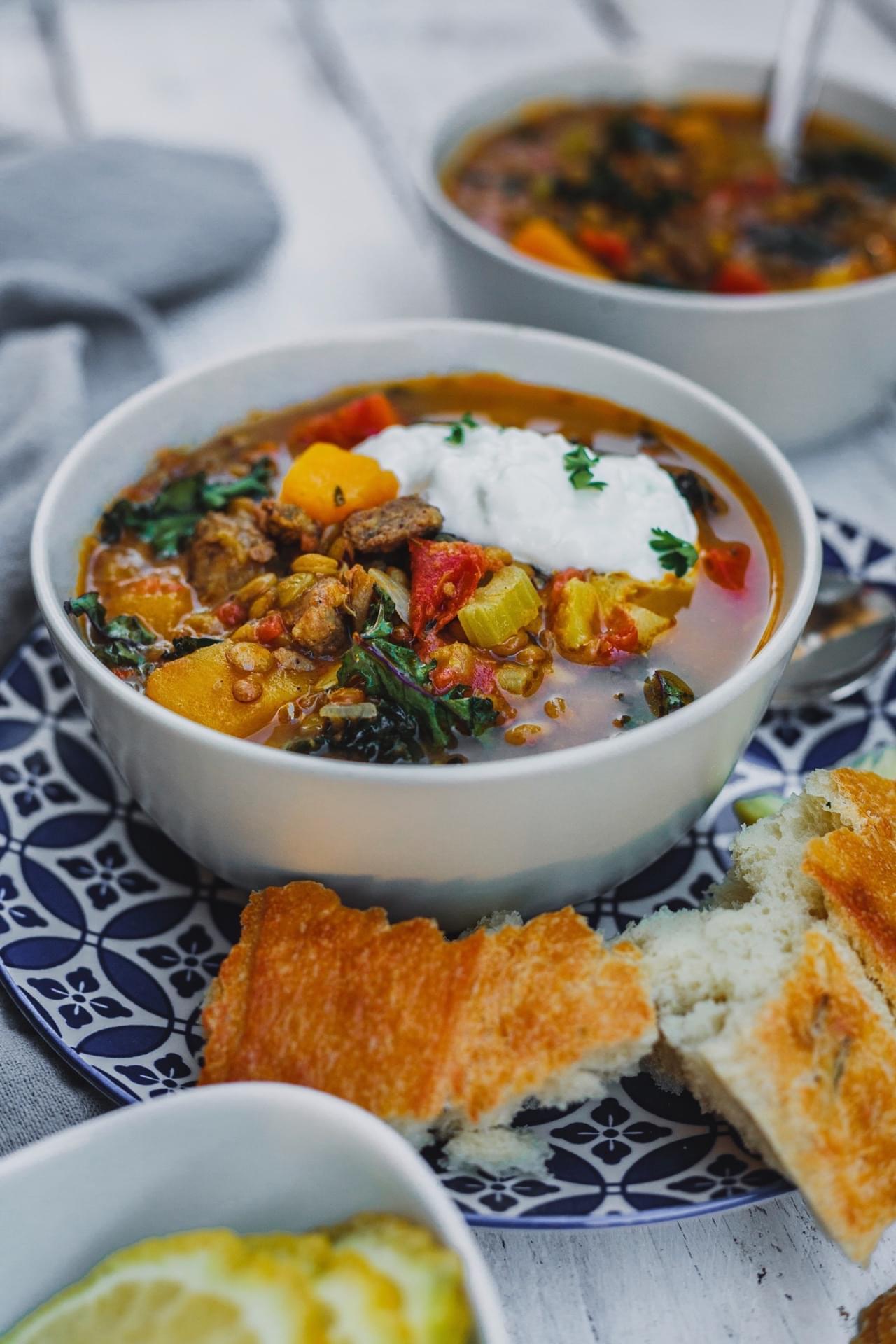 I was given some geera or cumin sausages to try by a local company I know here in Trinidad and that is what inspired these spiced lentils. I thought sausages and kale and lentils go so well together but I wanted to enhance the spice in those sausages and came across Rachael Ray’s recipe which inspired this soup recipe. 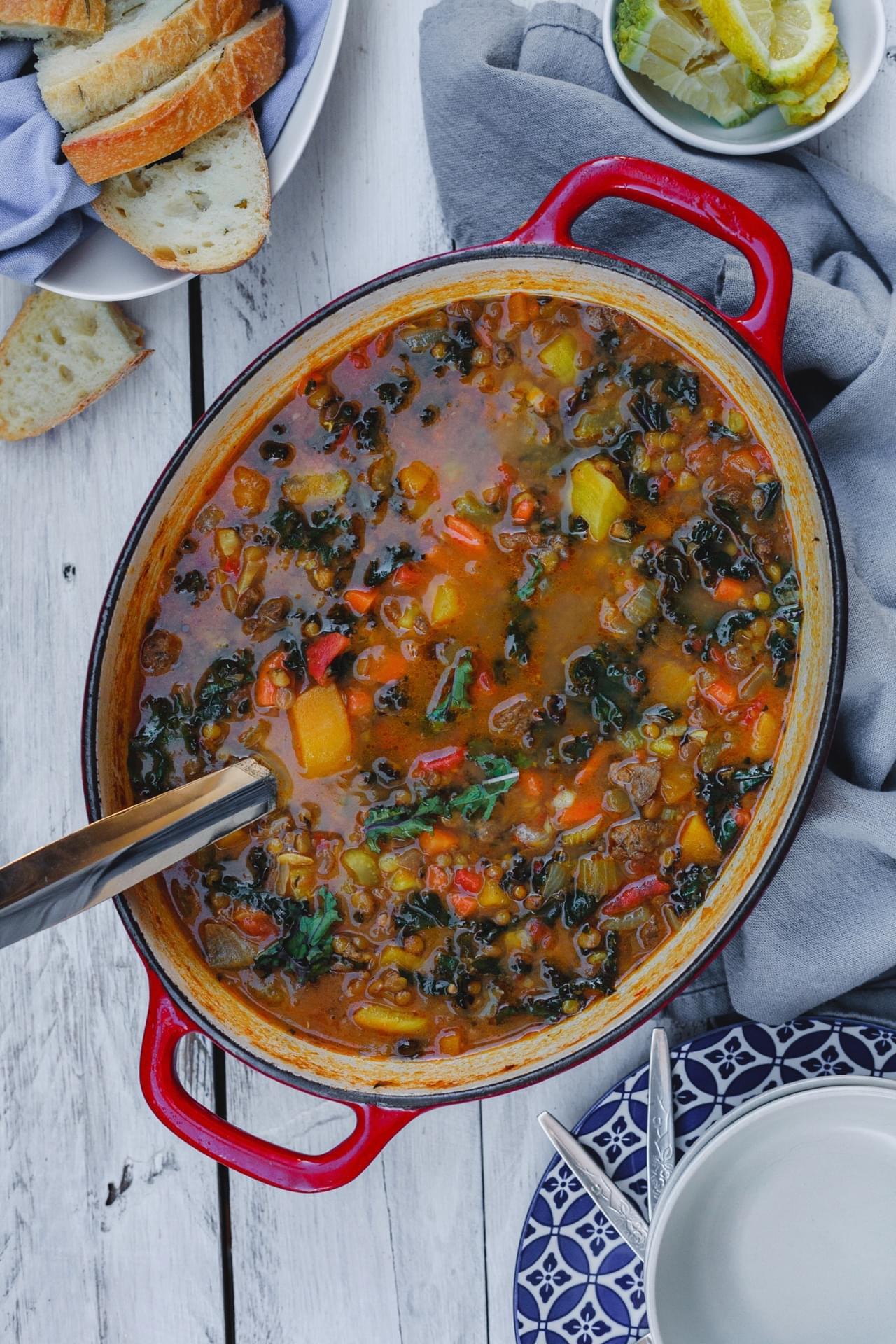 Not all people love cumin. I am not one of those people. But I do realise it could be a pretty intense or pungent spice for some. I think that the veggies along with the acidity from the tomatoes and the addition of curry really mellow it out or at least balance it. Don’t get me wrong, cumin is still very present in this soup but it’s not all you taste. 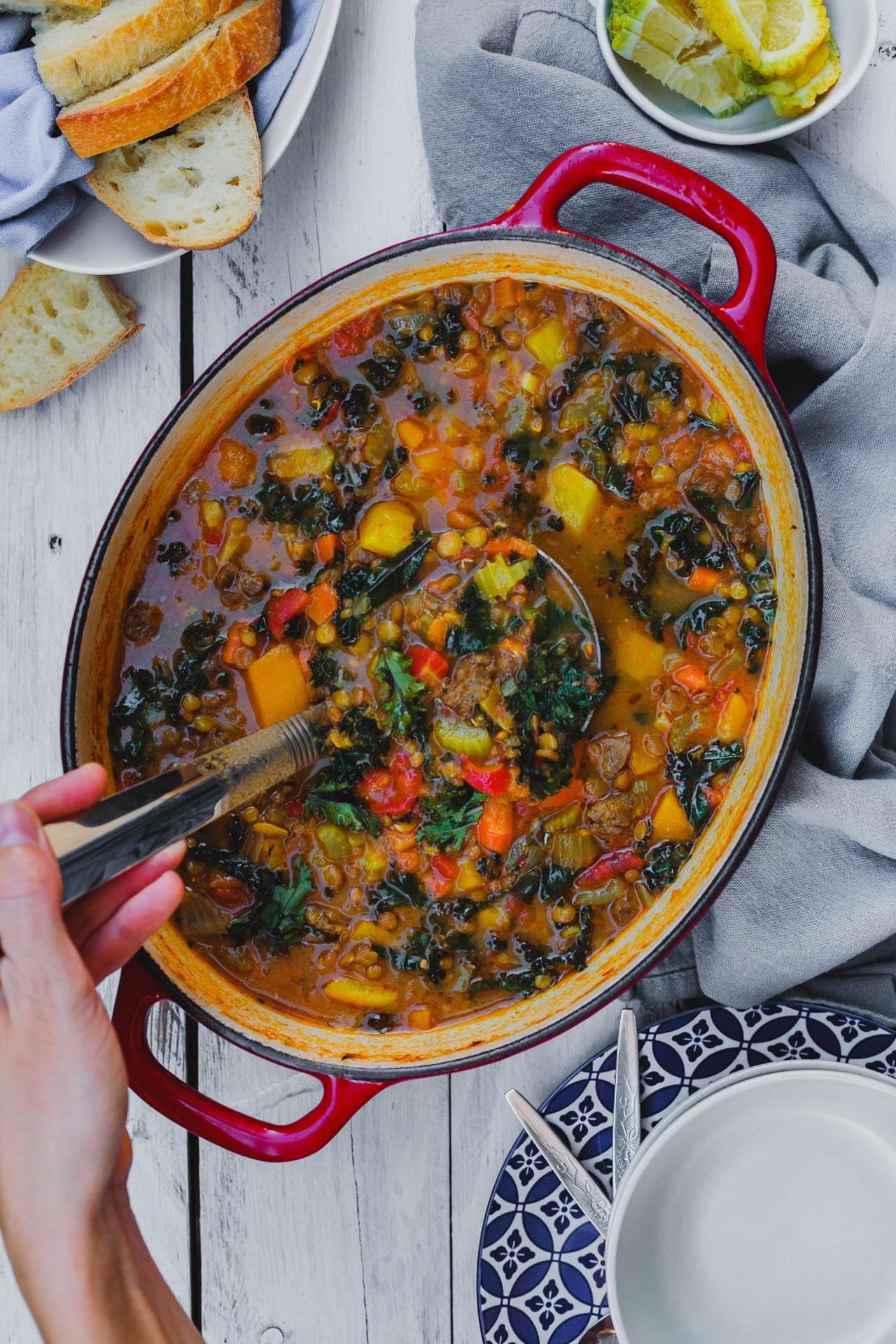 It’s a hearty soup, one that both me and my husband loved. It’s full of veggies which I love, it’s filling as most lentil dishes are and full of so much protein and all of other good stuff, but it’s so flavourful and warming for the aromatic spices in it. If you love the flavours those spices bring, you will most definitely love this soup. 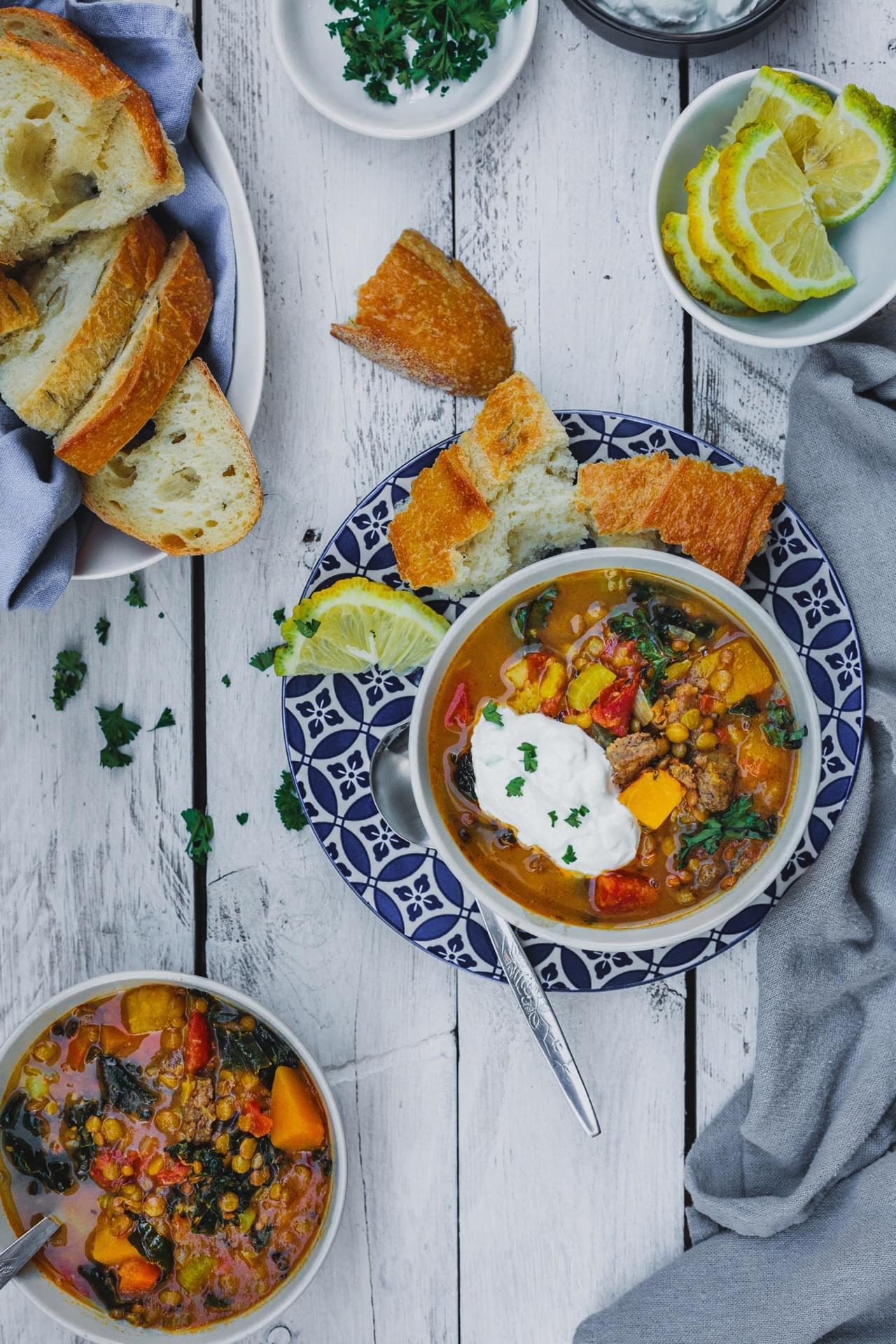 Feel free to use any sausage you like in it. If you are able to use the local ones here with the geera seasoning then most definitely do – you won’t be disappointed. But if not, there’s enough spice and flavour in this soup itself. I hope you enjoy this alternative way of making lentil soup. 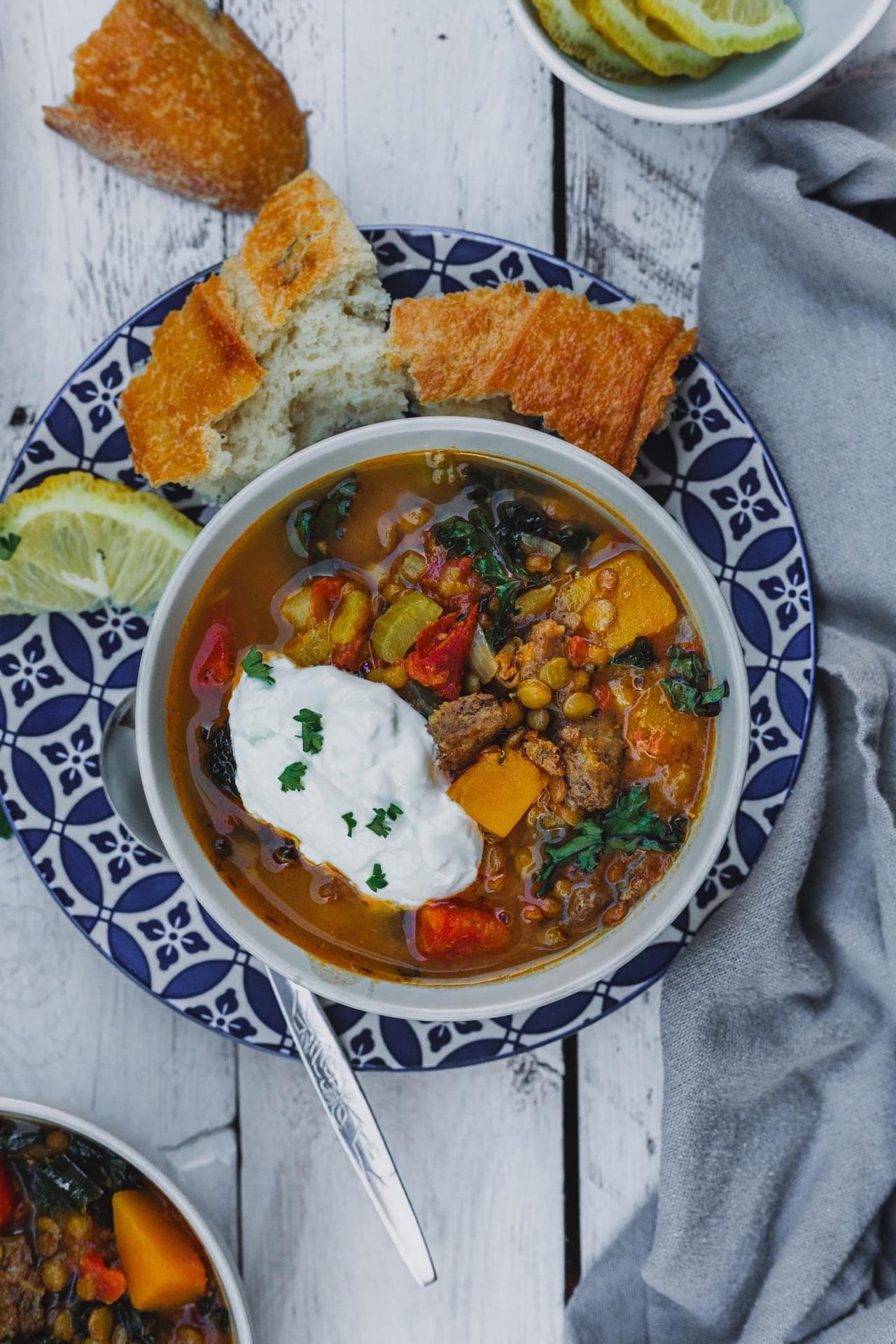 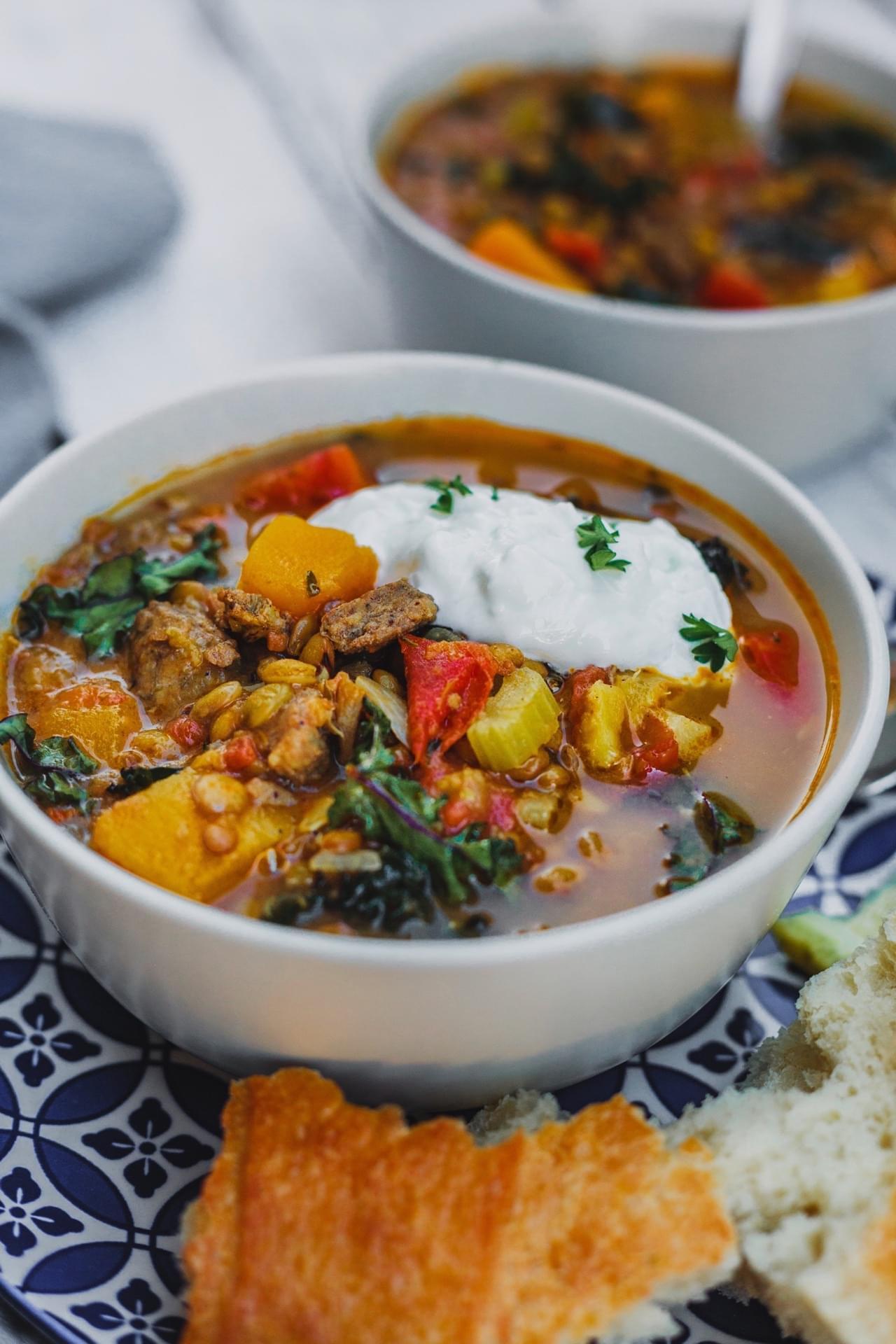 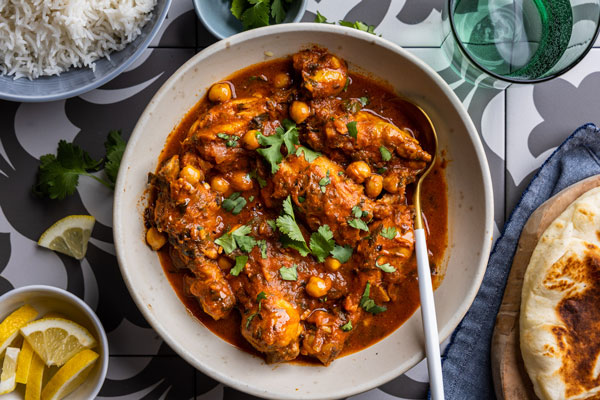 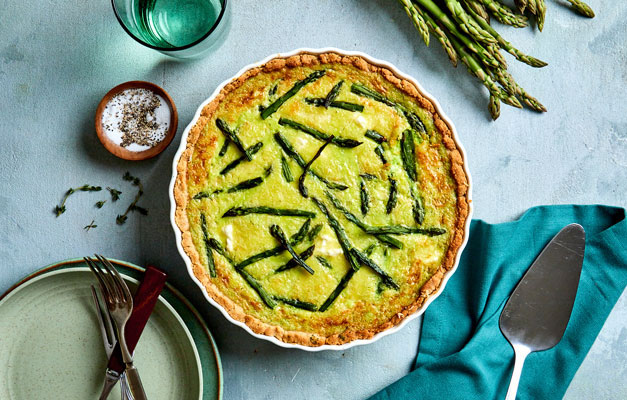