The first time I had pelau if my memory serves me correctly, was at my husband family’s place in Florida. I don’t even remember who made it. If it was his aunt, his uncle or someone else at the house. All I remember is that I couldn’t stop eating it. It was incredible! Perfect one pot meal, and popular for bringing to a beach lime (gathering). Because you make a huge pot of it, it’s perfect for feeding a crowd. 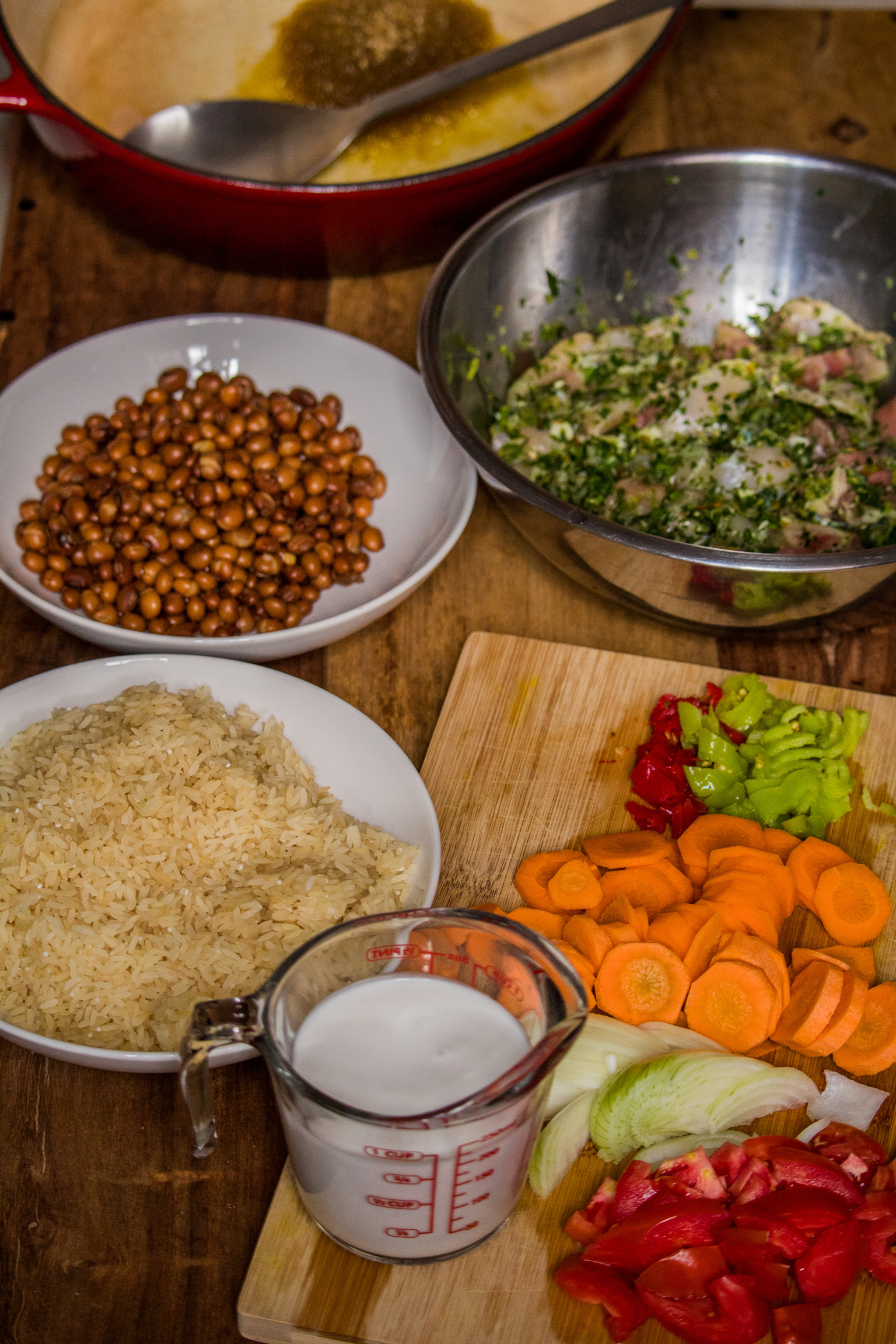 The Trinidadian pelau (pronounced ‘pay-louw’ as in ‘ouw’ for ouch) is a mixture of various cooking styles. I read that it was a dish popularised by Alexander the Great, who brought it to Europe (Apparently me and him share the same taste in food). From Europe it was then introduced to Africa and Trinidad.

Also read that it originated from an East Indian/and Persian dish. A mixture of rice veggies and meat. Other cultures also have similar dishes. What makes Trini pelau different is that it also has peas and also follows the African tradition of browning meat in sugar while preparing it. The meat is most popularly beef and chicken or both but can include other meats as well, and the meat is seasoned for a few hours or overnight with trini green seasoning. There is also coconut milk in it too which adds a certain creaminess to the taste of it without affecting the texture too much. I love it served with avocado, or salad and definitely with some pepper sauce.

What took mine to another level of deliciousness is adding salted pigtail to it. Ok I know-pigtail? Yes I’m for real. It’s a common addition to creole cooking and I absolutely love it. I had never had it in pelau until I tasted it from another one of Johann’s family member’s pot. It adds the right amount of saltiness if done right and the perfect ratio of fat or oil in the pelau, not to mention incredible flavour. You can definitely make this recipe vegetarian and or vegan though by omitting all meat and browning the peas to still give the dish that beautiful caramel brownish color and subtle sweetness, and it’s just as delicious. 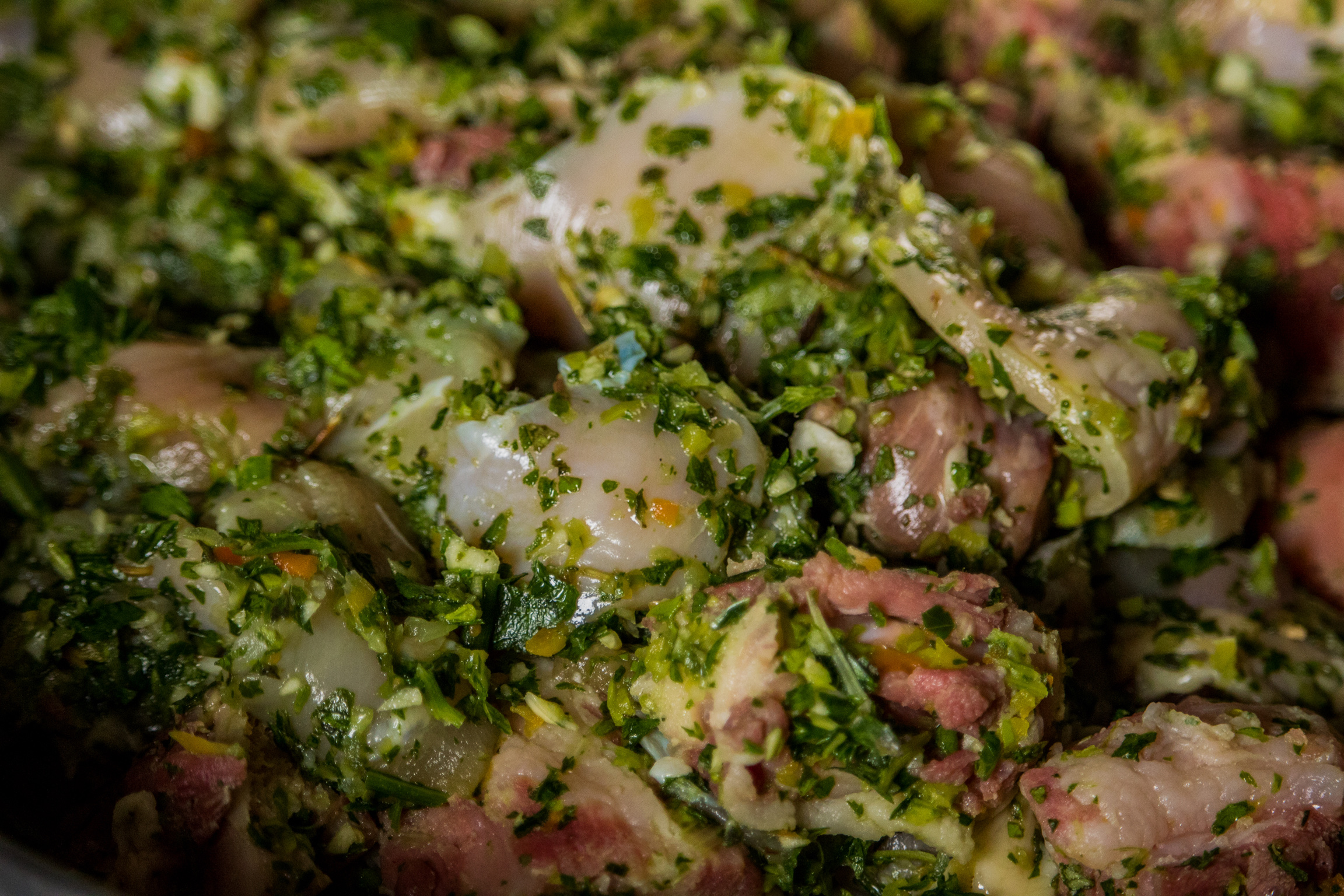 Ok back to how much I love this dish. I can honesty say that when done right this is my absolute favourite Trini dish. It’s a rice dish (if you don’t already know I am a rice lover) so of course I would love it. I can’t say I dislike any Trini dish really. I’m not a huge fan of sous (pickled and seasoned pig tail, snout and ears or chicken feet) but other than that I love it all, so when I say it’s my fav it’s my favourite out of a lot of amazing dishes. The general flavour of it stays the same but I find it comes out a little different each time I make it and depending on what meat I use and how many and what veggies I add in.

Everyone has their own version of it and a favourite way to cook it.

Everyone has their own version of it and a favourite way to cook it. I love them all when they are homemade. I have yet to taste an amazing pelau or at least one that tastes as good as homemade out at a restaurant or lunch spot. It’s kind of like lasagna in that sense. I very rarely order it from a restaurant because it never tastes as good as homemade. It’s almost like you can taste the love and care that’s put into it. (lasagna also has so many variations and styles of cooking just like pelau). So this is my version of Trini pelau. My husband puts it really well when asked about my pelau. “It’s not like moms it’s a cross between moms and aunt’s, but it’s so delicious” he says. I will take that! And if I do say so myself, it is quite delicious and i cannot be responsible for what happens to the pot if left alone with me. 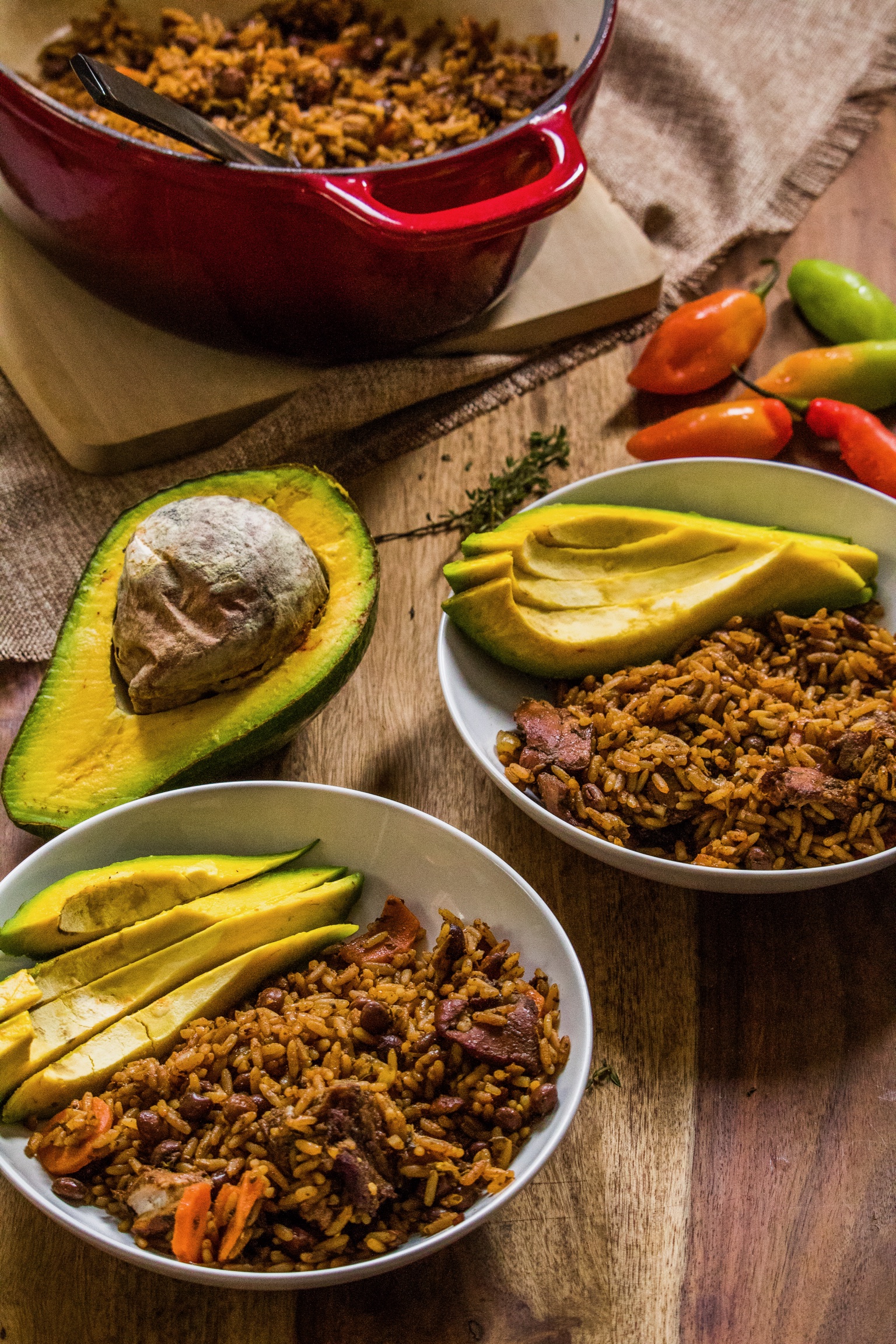