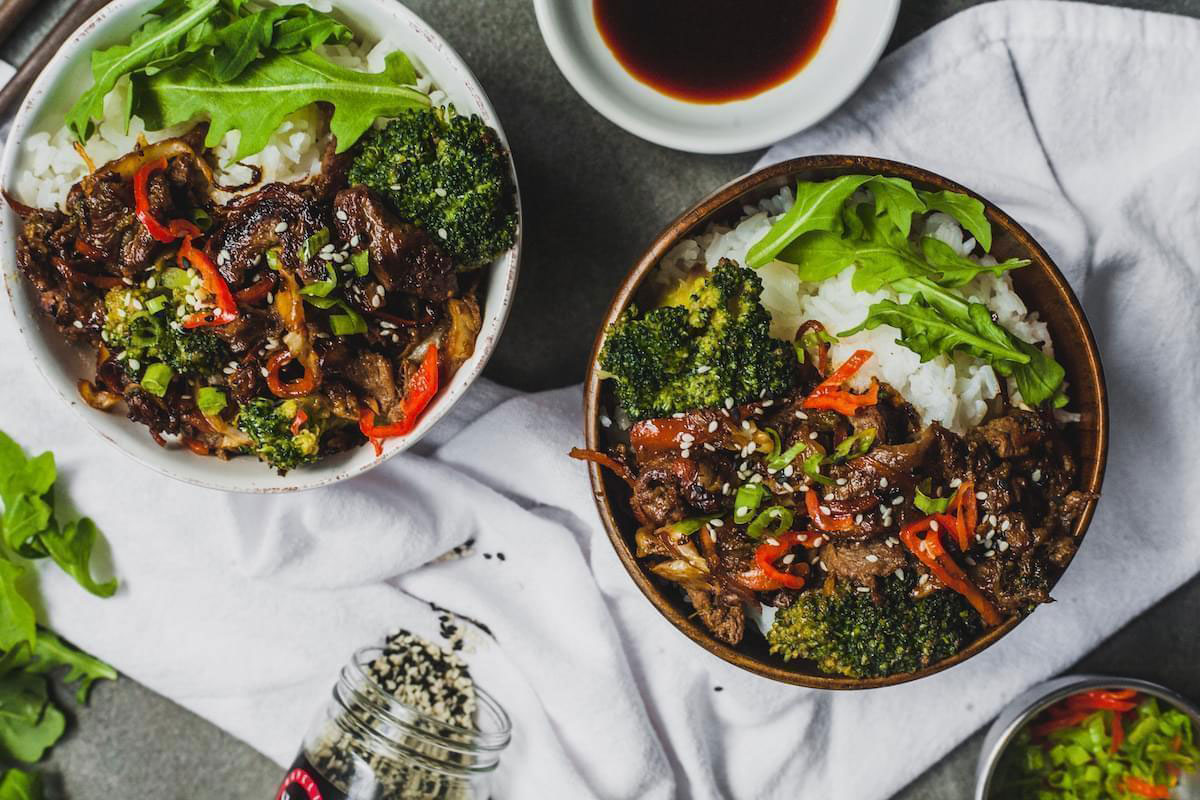 ​ I was super happy to have been doing the book Eat Delicious by Dennis Prescott for the Rainy Day Bites cookbook club last month. His book is a fabulous little treasure of some great recipes and his photography is top notch. I love how he processes his photos. The food jumps right off the page at you and you want to just reach out and grab it. One of the recipes I knew I had to try was his beef bulgogi. It’s a favourite dish for me and my hubby and I have no idea why but I was always intimidated to try and make it myself. 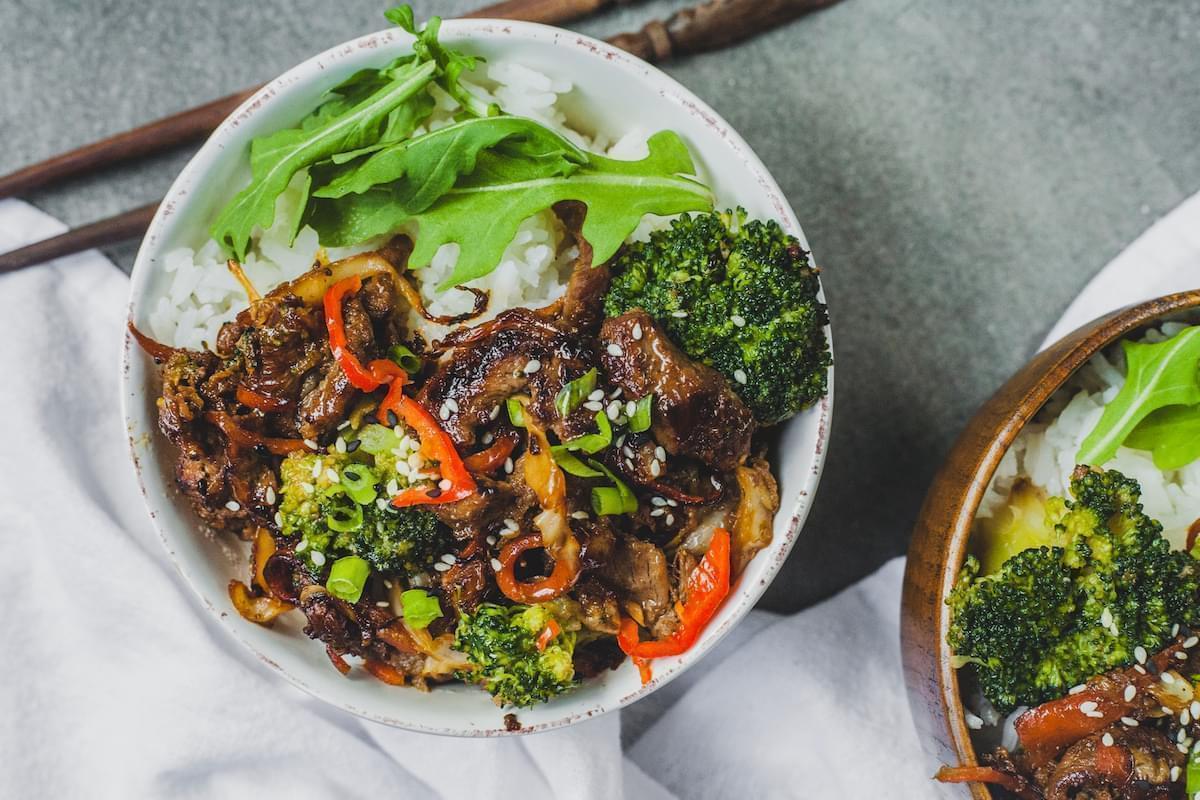 I actually do know why. I am intimidated by dishes with long lists of ingredients and spices. That would include Indian and Asian cuisines, among a few others. I love to eat them but sometimes when I want to try to make some of these dishes, there’s like 20 spices I probably can’t get my hands on (let alone pronounce properly) and some sort of sauce or oil or other ingredient that I can’t find a substitute for. Thus the fear and intimidation. And because I’m not fully familiar with those foods/dishes I’m not great at improvising either or winging it so to speak.

Like many Asian meat recipes, there’s a component of sweet, salty and spicy

His recipe for bulgogi really pulled the veil on it and it was no longer mysterious. In fact it was quite simple to make. Like many Asian meat recipes, there’s a component of sweet, salty and spicy. It was all a matter of finding out how to get the distinct kind of sweetness that bulgogi has, and I believe the trick was the the grated pear in the recipe. I did a little research after I made it and realized that it’s a very common addition to bulgogi along with diced kiwi which is added to the marinade to tenderize the meat further. I did not try this because the cut of meat I had was perfect for bulgogi. I used 2 strip loin steaks with gorgeous marbling. I sliced them thin and marinated them over night and added some white wine and chili flakes for a little kick and it’s was fabulously tender. 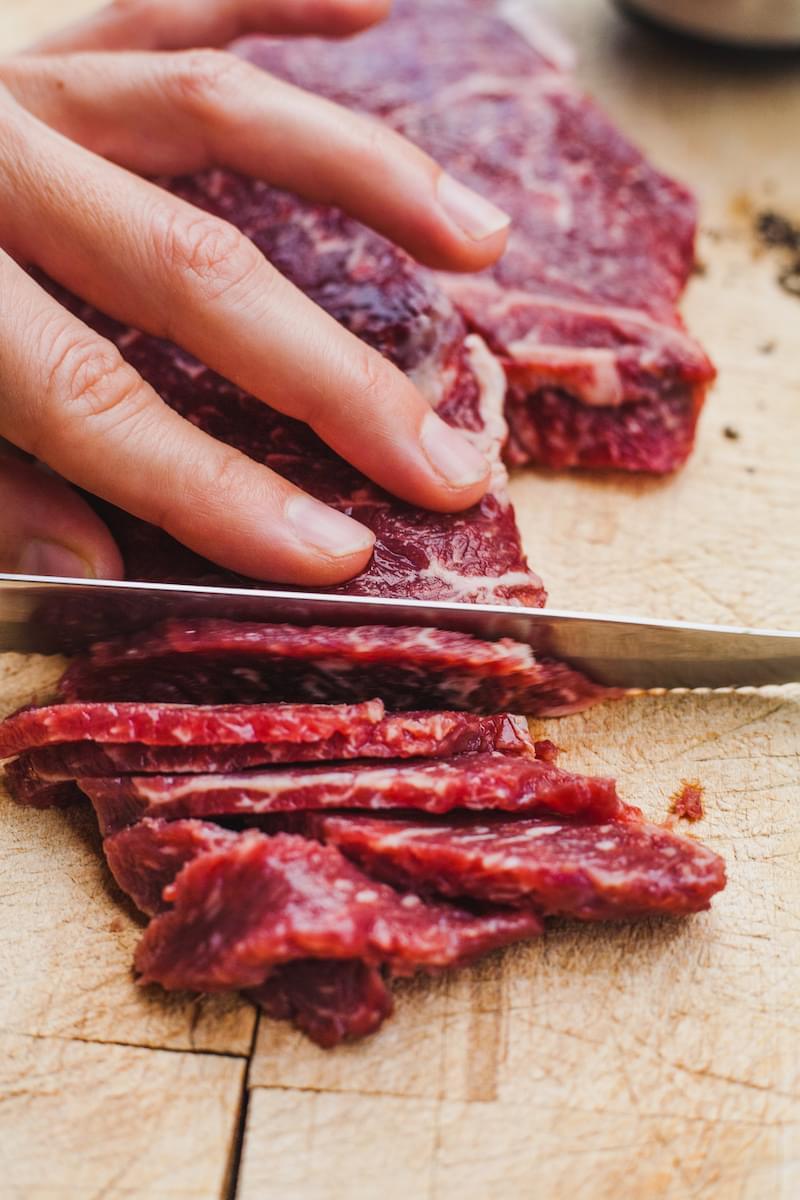 I think the grated pear(authentically Bosc pear is used according to my research — insert nerd emoji) not only gives the meat that unique sweet and ‘something else’ factor but I feel it plays a big part in the beef caramelizing very nicely and a little quicker in the pan. I’m sure the honey has a lot to do with that too but definitely the pear is involved. I made this twice already and used different veggies. So feel free to switch things up with maybe some sprouts, mushrooms or whatever you fancy. It’s great with sesame noodles too! And my husband and I can literally eat the beef hot out of the pan on its own — it’s just too good! 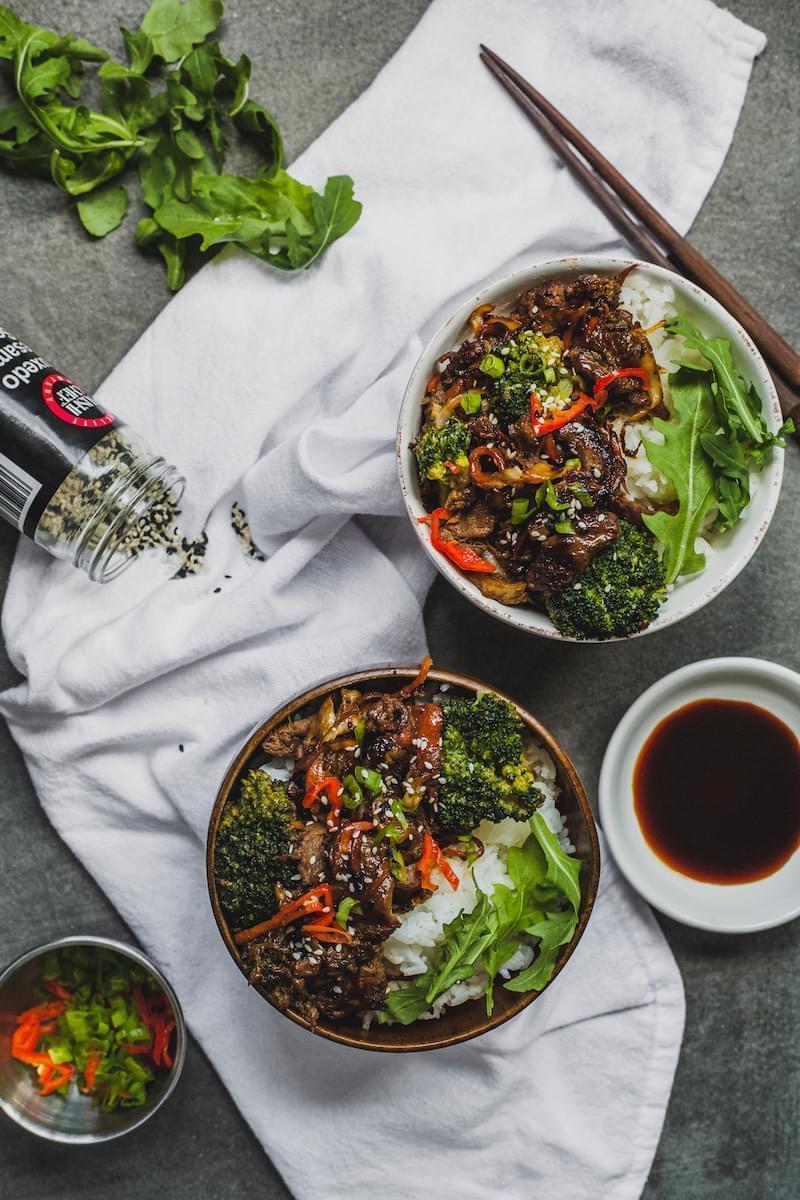 Among a few ingredient changes that I made, I also changed the method of cooking from his method. He cooks the beef with the veggies. I tried this and either I don’t have a good enough pan or maybe that method only works on a grill pan. I used conventional pans on the stovetop and for me that did not work. The beef just boiled in the veggie juices that rendered and it turned that dreaded grey! So when that happened I quickly removed it for the pan with some tongs and threw it into a separate pan and seared it on high to caramelize. That is why you will notice that in my directions I cook the beef and veggies separately so they both brown nicely and get a slight char like you want them too and then when it’s time to add the marinade I throw the beef back in with the veggies and toss everything with that yummy marinade. 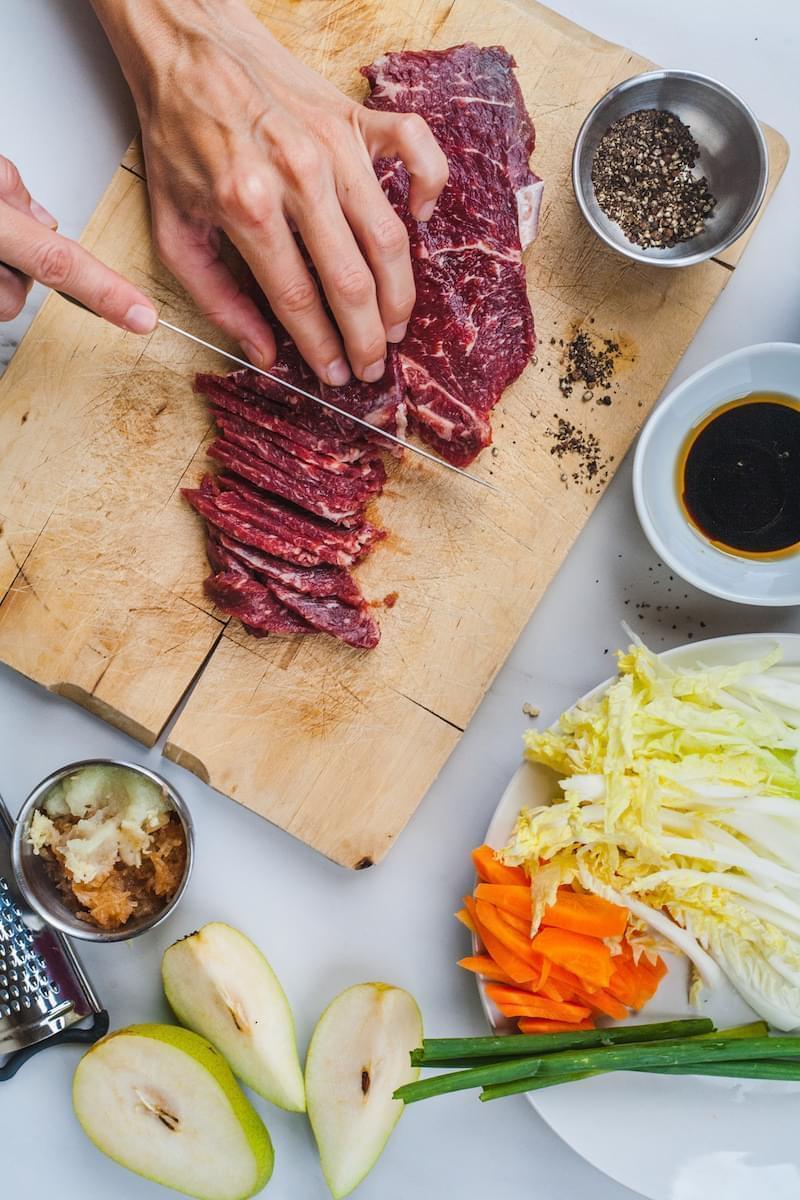 Definitely try this guys! You won’t regret it and we have yet to go back to our fav Korean place because we can simply make what we order at home now in two twos as Trini’s say. Easy peasy quick and easy is the transliteration of that one. Hope you enjoy it! 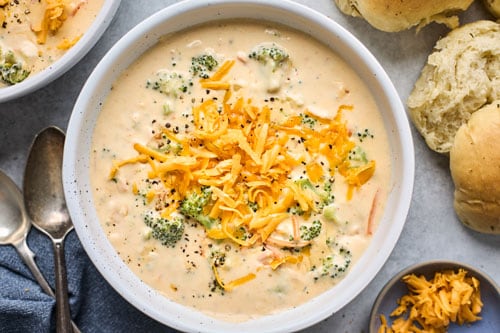