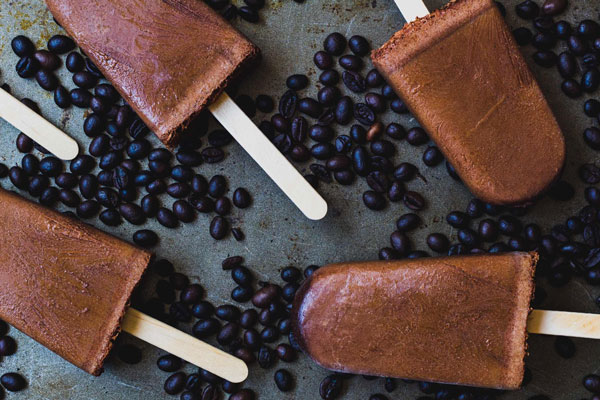 
They are vegan, dairy free and refined sugar free as well, making them a perfect pop for those with sensitivities. They are more of an icy pop than a creamy pop due to the lack of cream or dairy in them, which I actually favour on a hot day. I like something a little on the lighter side, icy, and not as rich although don’t get me wrong the creamy rich and fudgy ones have their place too. But if you are like me and prefer the lighter option, you will really enjoy these popsicles.


They are made with our fine quality local cocoa which adds the wonderfully rich and intense chocolatey flavour to them. I sweetened them with just a bit of maple syrup. I like them lightly sweetened because I like to taste the full intensity of the cocoa and coffee but feel free to add more to your taste.


You can have them plain and they are just as delicious that way or you can add a layer of ‘froof’ to them like I did. I drizzled them with vegan chocolate sauce which I made with equal parts cocoa powder and coconut oil and then very quickly (because the sauce hardens almost immediately after it hits the icy pops) sprinkled them with chopped nuts and cocoa nibs for a little extra decadence.


They can easily be made kid-friendly by using decaf coffee or omitting the coffee altogether. And if you have a nut allergy they would be equally as wonderfully made with coconut milk or another alternative like rice or oat milk.


I had a lot of fun making and eating these guys and know you will too! I also realised that as great as they are as pops they can also make great slushies. Just pour the blended ingredients into an ice tray and freeze and then blend with more almond milk and coffee for a tasty slushy! I hopefully will be making some non-vegan creamy and boozy ones too. Those will definitely be fun to recipe test!! 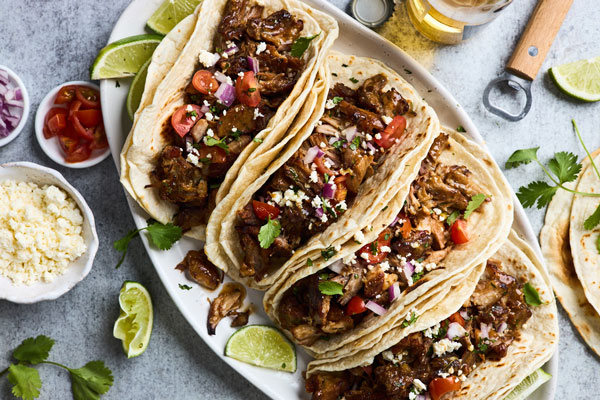