This popular and tasty soup is loaded with Italian sausage, potatoes, and kale, some bacon for good measure, all in a rich and creamy broth. There’s a good reason this tasty version of Olive Garden Zuppa Toscana is so popular! It’s normally brothy but if you prefer you can easily thicken it up - more details below. This soup’s Italian name implies Tuscan flavors and the traditional Zuppa Toscana usually consists of kale, zucchini and other veggies, cannellini beans, potatoes, and tomato or tomato puree and sometimes bread like a Ribollita, but this popular Americanized version is made with a cream based savory broth that gets a lot of flavour from the sausage and bacon - likely more indulgent than the classic but no less delicious! There are plenty of recipes out there for this version and they are fabulous - I tried to keep this one simple - hope y’all enjoy!! 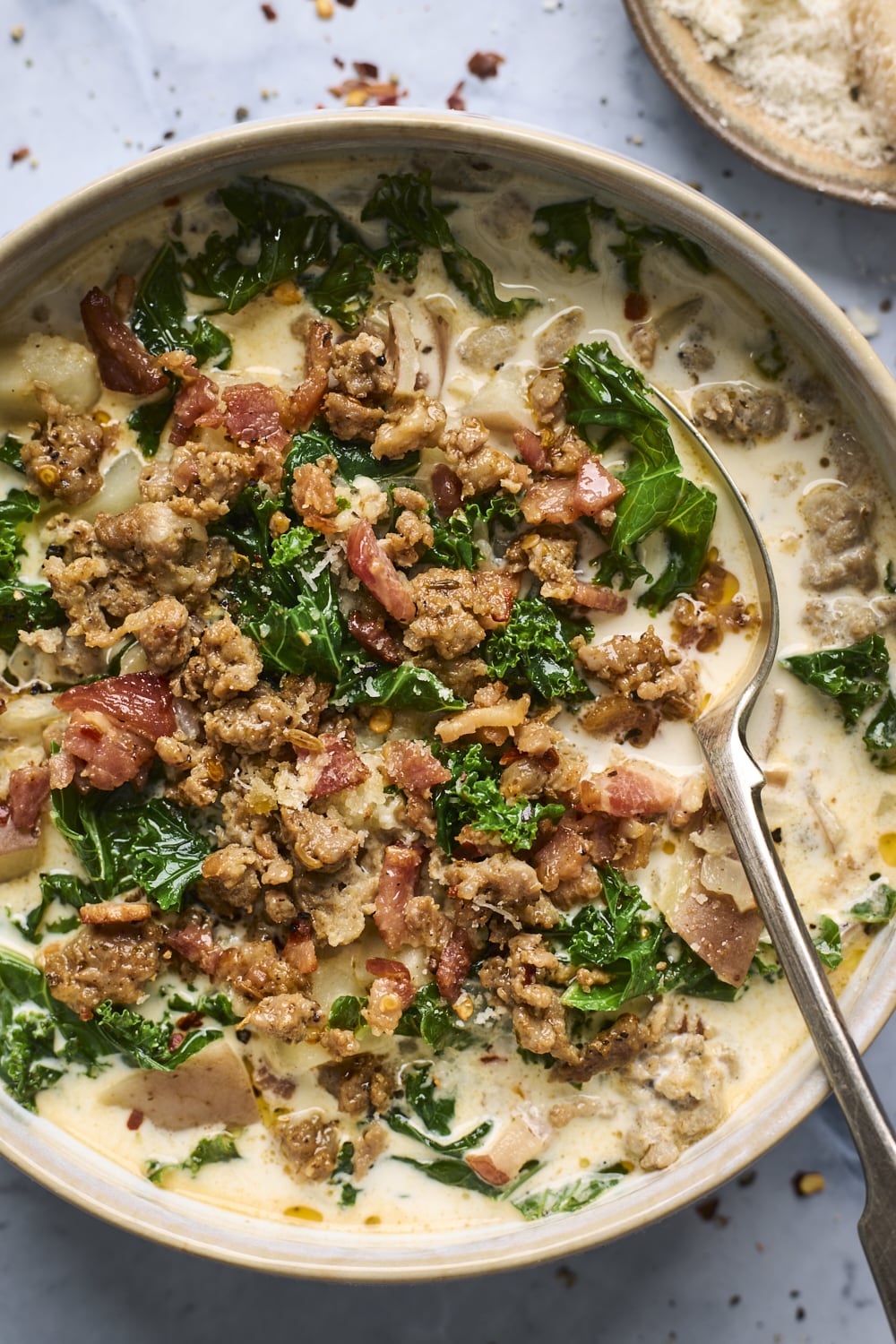 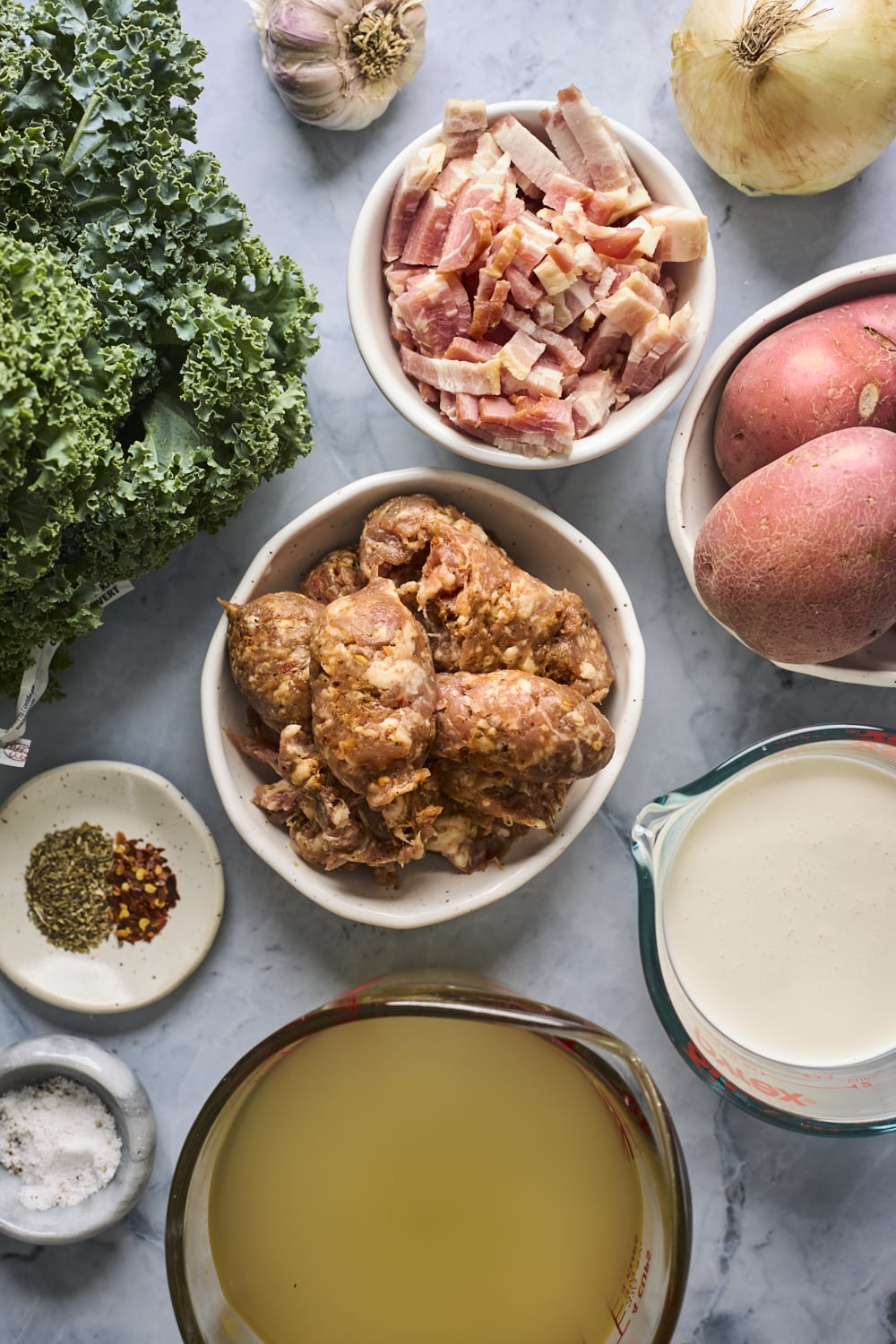 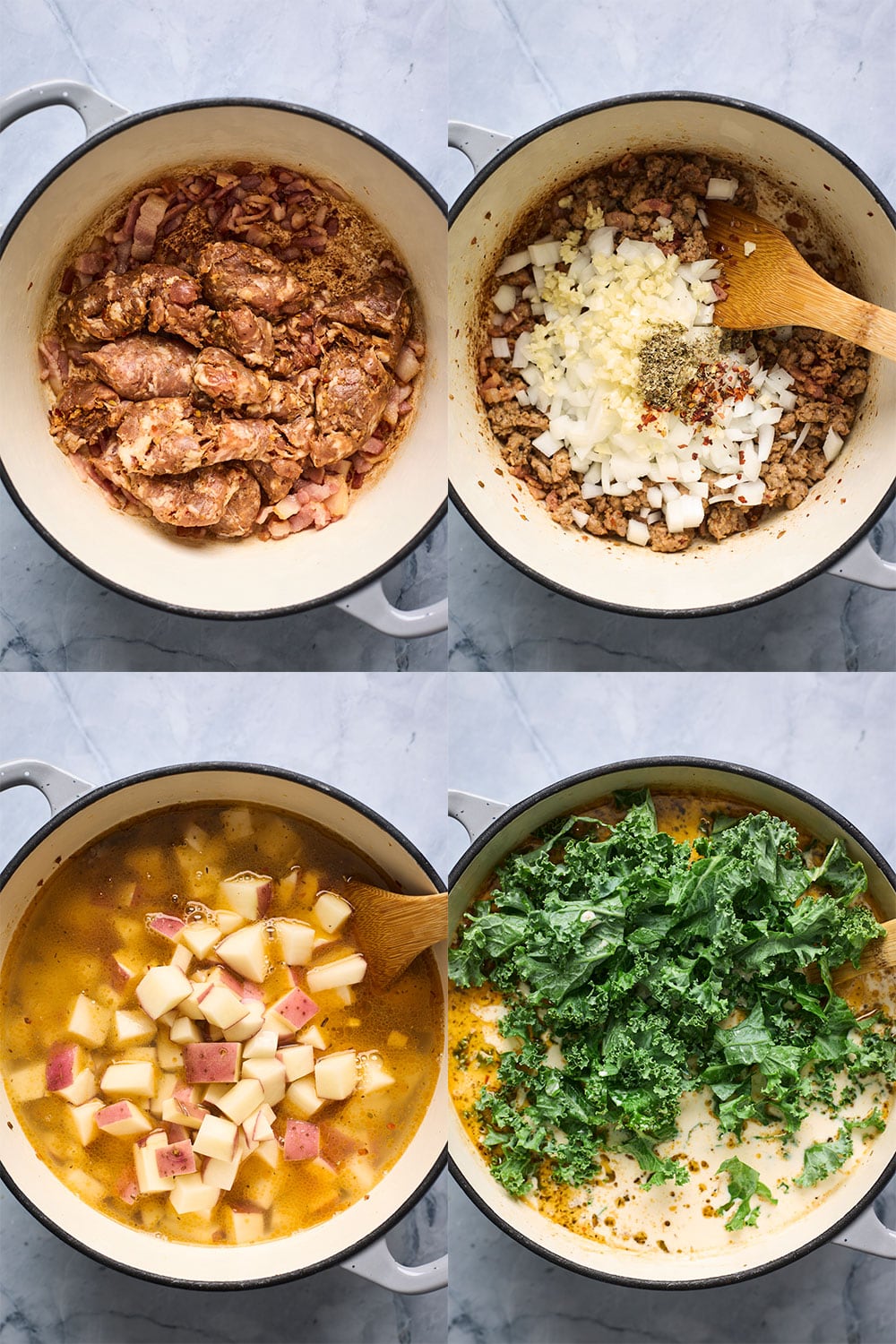 How to Make Zuppa Toscana Thicker?

The soup is traditionally a broth’y soup but I like to sprinkle flour over the sausage and bacon before adding the broth sort of like making a roux or béchamel (there is enough fat from the sausage and bacon to not have to add butter) Stir and cook for a minute then stir in the broth and cook as directed in recipe. The amount of flour I add in the recipe gives a little more body to the soup but it’s still not super thick - you will need to add more or….

If you want it even thicker you can mash some of the potatoes in the soup, or mix 2 Tbsp of cornstarch with 2-3 Tbsp of additional heavy cream or broth or water. Drizzle into the simmering soup while stirring until soup reaches desired consistency. You may not need all of the cornstarch mixture. 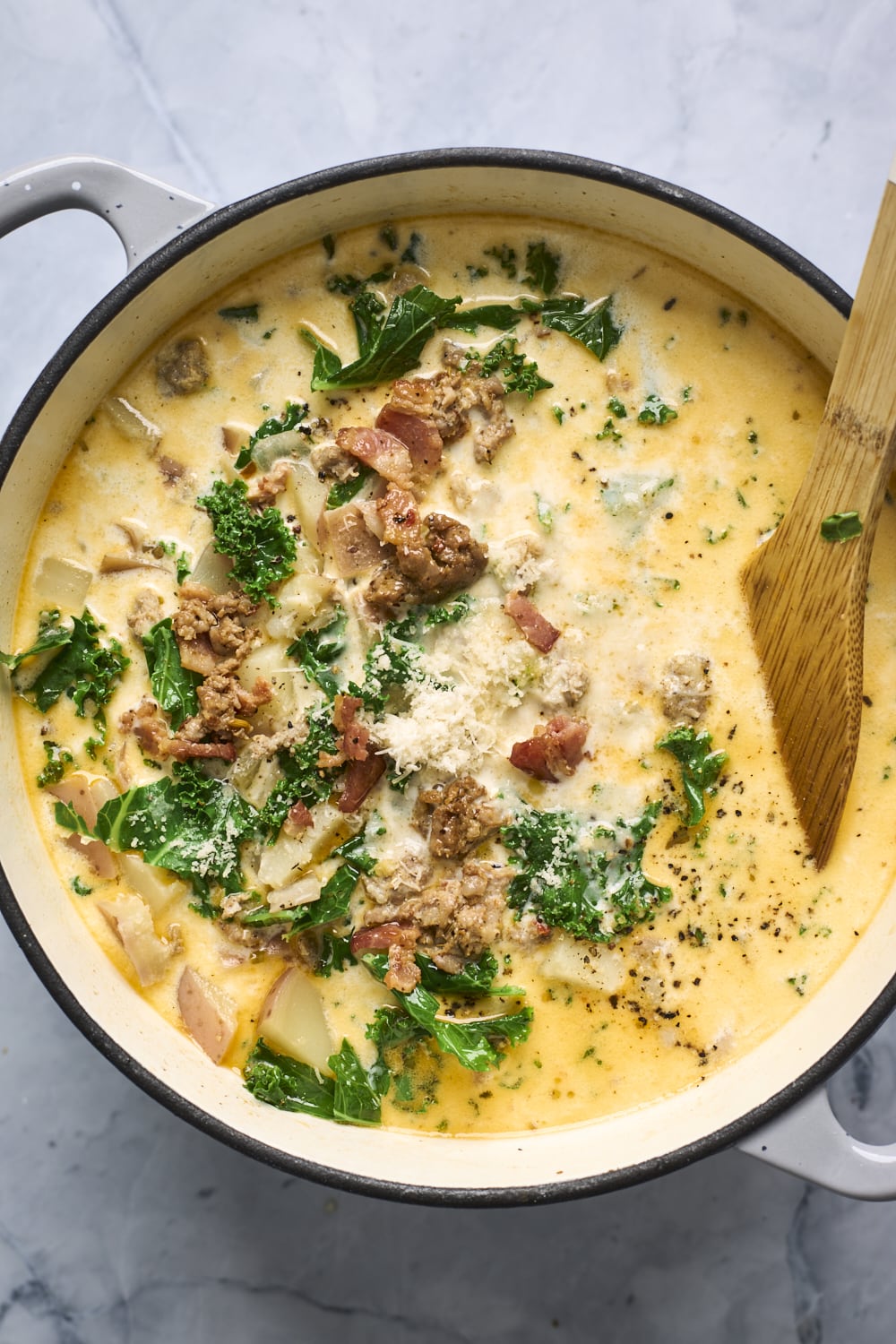 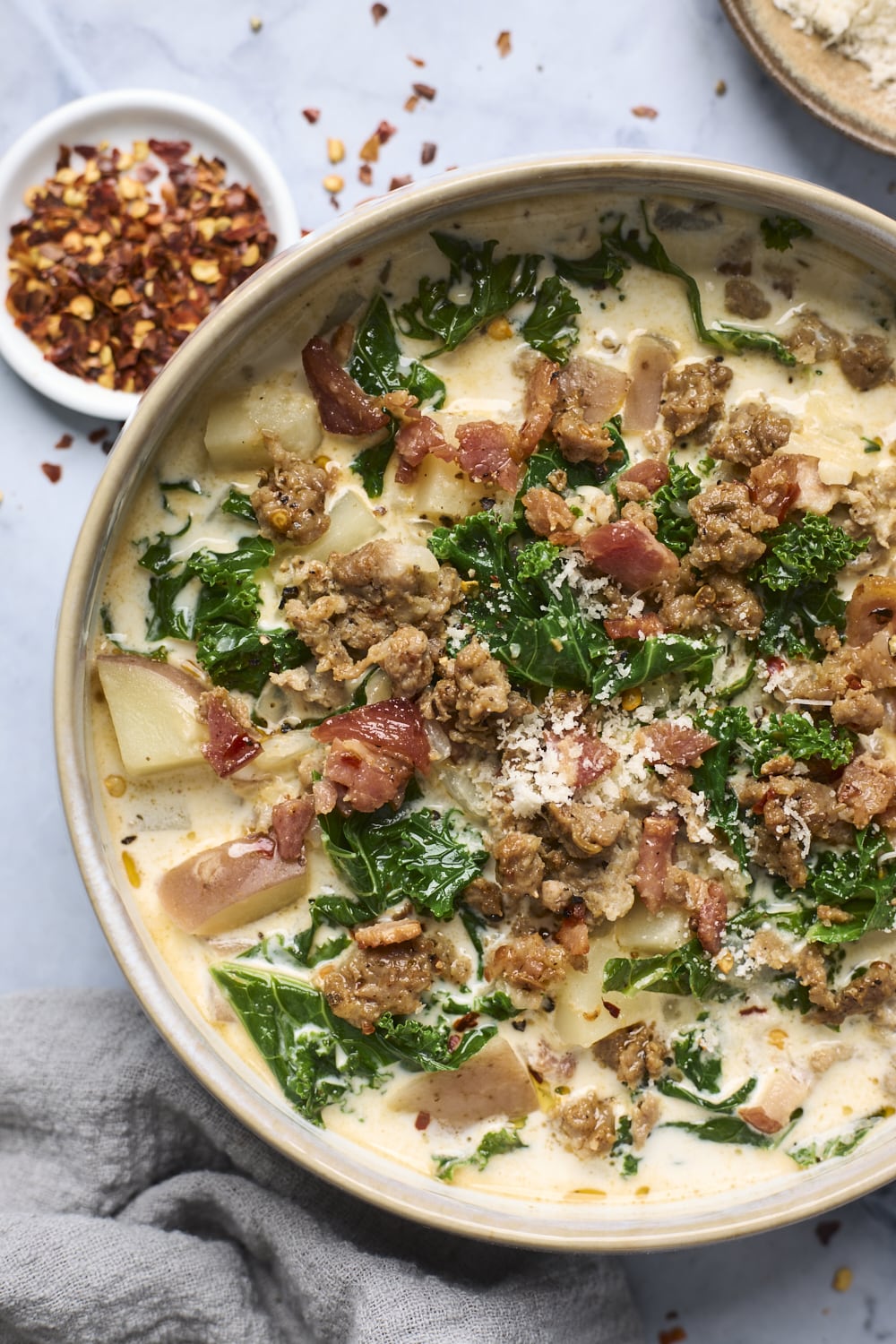 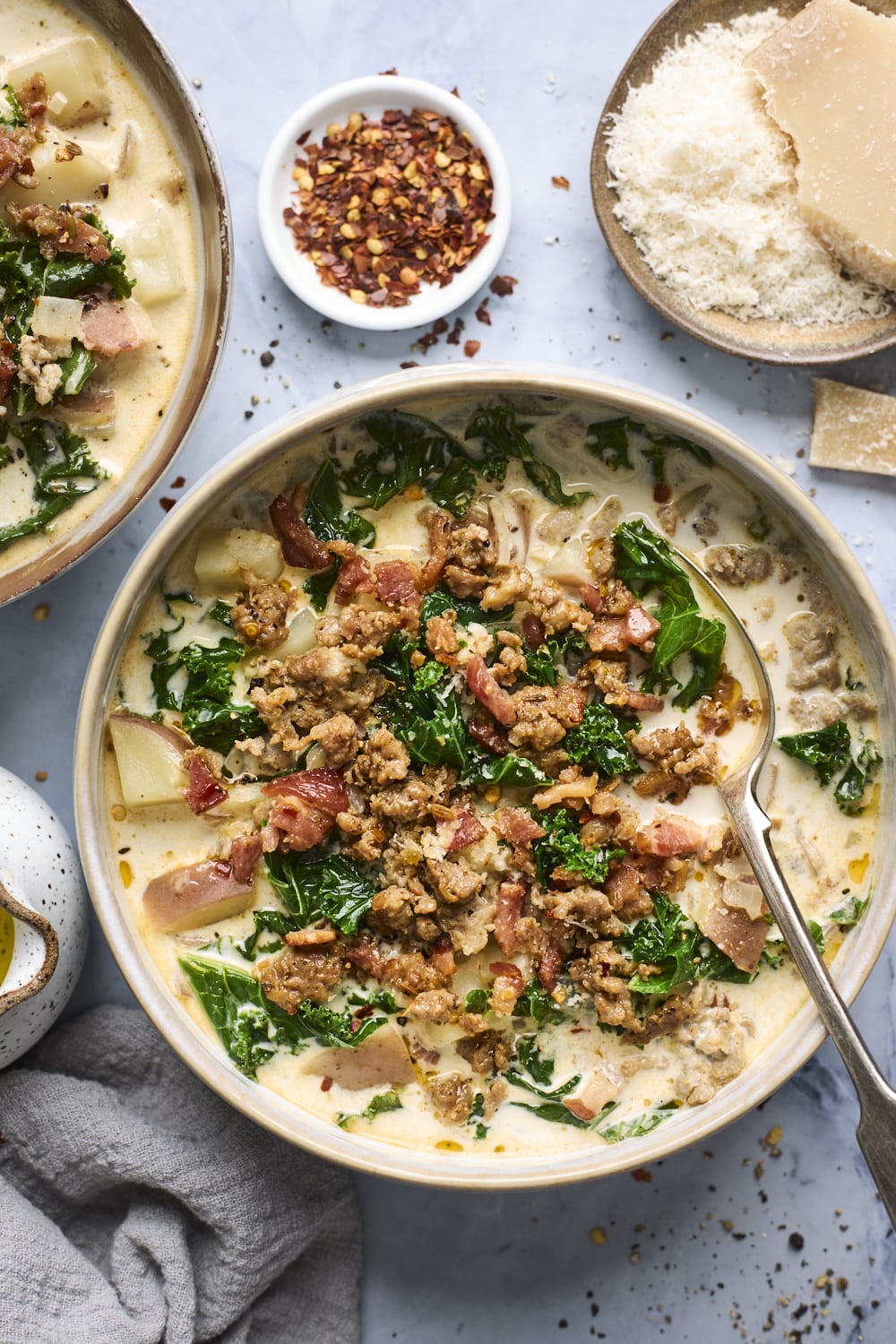